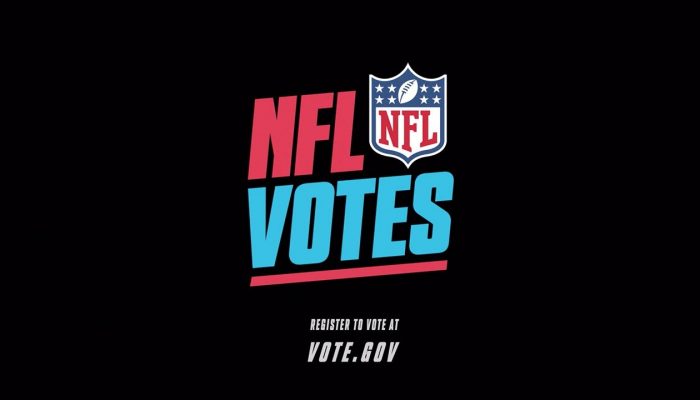 In this week’s installment of “Social Justice in Sports,” I will be discussing something that each American citizen has the civic duty to do; vote. We, as a democracy, are lucky enough to have the ability to vote on our country’s leaders. Professional athletes are among these citizens. But it was shown in one example, only about 20% of eligible NBA players actually voted in the last election. So what are those numbers now in professional sports?

Chris Paul, the president of the National Basketball Players Association stated that about 90% of their players are registered to vote. Fifteen teams are 100% registered. The NBA did a tremendous job on trying to promote voting by wearing shirts saying ‘vote’ while in the NBA bubble. But because of this, it was estimated that the NBA ratings were at an all time low. It has been said that any courts stating the slogan’s “black lives matter” or jersey’s and other paraphernalia stating “black lives matter” will be discarded for the next season.

The NFL and the NFL Players Association announced on Oct. 28 that about 90% of active players are registered to vote and several teams have reported 100% vote registrations. Half of the league’s 32 teams have committed to using their stadiums and/or teams facilities for election-related activities which include early voting or polling sites on Election Day. All NFL, NFLPA and team facilities will be closed on election day “to ensure that every member of the NFL family has an opportunity to exercise their right to vote and may safely support voting efforts in their communities.” It is not specified how many players are registered to vote in the NHL or MLB, but MLB has joined the NBA and NFL in their efforts on encouraging people to vote. MLB developed a website called www.mlb.com/voting-resources with information on voting. Their statement at the top of their page says, “Major League Baseball believes that the greatest civic duty of any American is to exercise the right to vote and actively participate in the electoral process – the bedrock of a functioning democracy. Each free and fair election provides an opportunity to shape our nation and work toward upholding its values. As a social institution, MLB has partnered with the Civic Alliance, a non-partisan collection of businesses united in a shared belief of safe, trusted and accessible elections”. This website includes, key dates, resources, how to register and information on conducting a plan to vote.