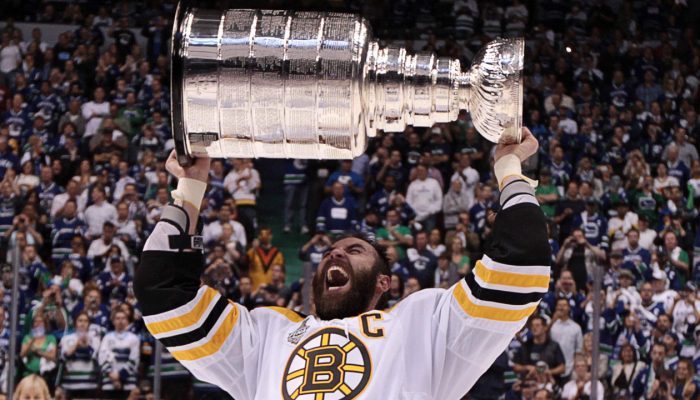 On Wednesday afternoon, Zdeno Chara revealed on his official Instagram that he and the Boston Bruins would be officially parting ways after 14 seasons as the captain and he would be signing with the Washington Capitals. During his time in Boston, he solidified his status as a future Hall of Famer while helping the Bruins capture their first Stanley Cup in 39 years during the 2010-11 season. It was a final blow to Boston fans as he finished off a difficult year as they saw Mookie Betts, Tom Brady, and finally, Chara leave their teams after being staples for the Red Sox, Patriots, and Bruins for years.

Chara cited in his departing Instagram post that the Bruins revealed to him that they would be going with their “younger and talented” players instead of the 43 year old defenseman. Fans were up in arms as this departure feels as though it is a slap in the face to someone who was an all-timer for the Bruins and will certainly see his number go up to the rafters of the TD Garden when he does eventually retire. But when it comes to the way I analyze the move, it was the right decision for the team moving forward.

Chara, unlike Brady, was no longer playing at a top level worthy of being a top line defenseman and really lost a lot of what made him valuable for so long. While the incredible reach was there and ability to help shut down on the penalty kill, the Bruins are simply better off giving the young guns a chance to shine rather than one more year for Chara. Urho Vaakanainen, Jeremy Lauzon, and Jakub Zboril will now all have a shot to show what they can do, and that’s the best move for the Bruins moving forward.

This may seem extreme, but Chara was a liability more so than a plus on the ice. Off the ice, you can’t replace that leadership, but Patrice Bergeron will do his best as he finally will get the “C” on his sweater as the new captain.

It’s been a tough year for Boston fans after many years of success, but this marks an exciting time to be a Bruins fan prior to the upcoming season, which kicks off on January 13.

Chara is a legend in Boston and the night of his jersey retirement will be one of the finest moments in Bruins history.