Home > Entertainment > Should We Be Laughing At a Time Like This? Bo Burnham’s “Inside”

Should We Be Laughing At a Time Like This? Bo Burnham’s “Inside” 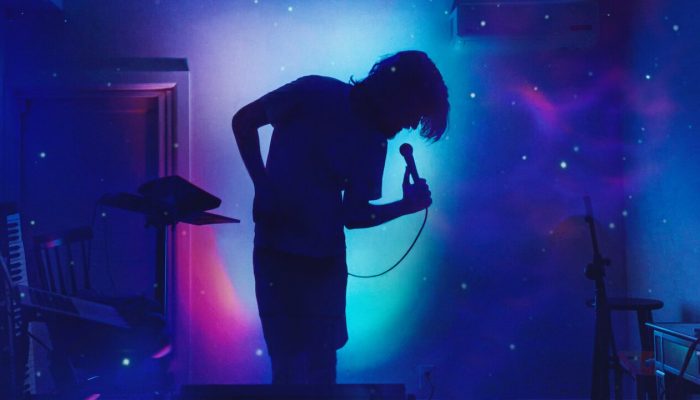 On April 28 of this year, comedian, musician, actor, director, screenwriter, and poet, Bo Burnham, announced through social media that he would be releasing his first special in over five years on Netflix. The special, appropriately titled Inside, was created throughout quarantine and was solely directed, written, filmed, and edited by Burnham. If that was not ambitious enough, the post also declared the entire special was filmed in a single room of his house. After waiting about a month, the special has finally been released, so the question is, is it any good? I’ll cut straight to the chase: the answer is ABSOLUTELY! BUT WAIT… before you stop reading and jump straight into the special, there are some important points that should be noted.

Inside is being promoted as stand-up, but that kind of labeling sets up a whole different set of expectations than what you get. This special certainly contains elements that could be attributed to a stand-up special (of course, it can be incredibly funny), but that is just one of the many outlets the special dips its toe into. It contains elements of being a musical (across the special there are 20 different songs, which were recently released as an album on Spotify), it contains elements of being a sketch show (it is made clear pretty early on that the transitions between bits will be scattered, much like a Saturday Night Live episode), and at times it contains elements of being a full-on dramatic and depressing character study. At points, the comedy completely disappears from the show and it focuses on some real serious themes. Things like panic attacks, the end of the world, and the mental toll quarantine has taken on people are all played completely straight, something that could never happen in a stand up special. If you are familiar with Burnham’s other work, these characteristics may not be much of a surprise, but for the uninitiated, this is so different from stand-up, it can be overwhelming.

I think the best way to overcome this change is to ease yourself into the world of Bo Burnham. Watch his two biggest specials, what. and Make Happy, which are both currently streaming on Netflix. These specials are filmed in front of a full crowd, so you get the typical stand-up environment mixed more subtly with the Bo Burnham-style making it more digestible to the unfamiliar. Check out his Youtube channel, which contains the silly/risque songs that unintentionally launched his career when he was just 16. It is also helpful to have this reference, as he talks about some of these videos within Inside. Watch his directorial debut, Eighth Grade, which touches on the effects that social media has on our youth, a topic that is also addressed within Inside. Seeing the movie also helps explain why Inside’s cinematography and overall production value are so great. It may sound like you are being assigned homework just to watch a special on Netflix, but I promise you that if you check out some of these it will make the viewing experience all the more rewarding (I will also be surprised if you are not hooked anyways because everything I listed is incredibly enjoyable as well).

In conclusion, I highly recommend this special with the caveat that you should be somewhat familiar with Bo’s style. You may enjoy it without the experience, but just about everyone I have discussed the special with agrees that it is not the one to start with. It pulls off everything it sets out to do perfectly and uses its limited resources to create something entirely unique. It’s funny, insightful, creative, and so much more. It can be enjoyed on a simple surface level or it can be enjoyed for its complexities and deeper meanings. On a technical level, it is impressive in terms of both the music and cinematography, and it presents themes that I think much of a college audience can relate to in the current culture. I hope, as time goes on, the special becomes recognized as a landmark for creative projects made during the quarantine. It’s a beautiful day to stay inside and watch Inside!