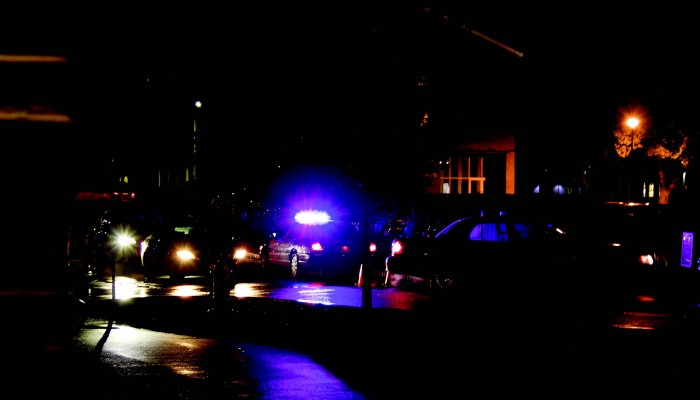 During the weekend of Sept. 25, police officers on Merrimack’s campus increased activity. Students said it seemed like officers were stopping every student regardless of suspicion and asking to search bags and check IDs.

Students complained to the Student Government Association (SGA), which immediately sprung into action advocating for the students and fighting for the community.

SGA President Anthony Preston said he surveyed a wide variety of students and the general consensus was that students felt “boxed in,” and “the students felt like they could not leave their room anymore.”

During the Sept. 29 SGA meeting, a hand vote was taken as to whether members were in agreement with how the majority of the students were feeling. Preston said every hand in the room shot up.

SGA contacted the president’s office and pushed for a Mack Meeting, so that President Christopher Hopey could hear students’ opinions.

The result is this: Police activity is going back to how it was last year and officers will no longer be searching bags without just cause.

Another important topic of discussion at the SGA meeting was the registered event policy dealing with dorm room parties. The issue still needs to be hammered out.

Last year’s policy on parties was that 50% of the room had to be 21 years or older; there had to be a sober host; and the host had to provide food, but students of all ages could attend.

This year’s policy changed significantly. All students at the event must be 21 (unless you live in the room); the host must remain sober; the host must provide all the alcohol “to a limit;” and the room must supply a “substantial amount of food per unit of alcohol.”

To address the concern, the SGA has compiled a 15-person committee, including resident advisors, students, and one SGA member “to hit every angle,” Preston said. He said they will reevaluate the police and work with faculty members to try and find a better solution as quickly as possible.

Preston said the SGA’s main goal and purpose is to “hear and voice concerns of the students, to be a liaison between the faulty, president’s office, and the students.”

“They are here to represent the students and to come to as best a compromise as possible,” Preston said.

Preston said the SGA is one of the best ways a student can get involved and make a change on campus.

“Go to a meeting, even if you are not a part of SGA, and voice your opinions. Hold each other accountable,” Preston said. “If you see something, say something. Students should push the community standards to be the way we want them to be.”