Home > News > SGA Elections Over? Not quite…

SGA Elections Over? Not quite…

Early fall brings with it rumblings of election season not only on the national landscape, but also here at Merrimack College. Most spots are filled, but still some remain open.

As many of you have read in recent emails sent out by student government officials, Merrimack is just putting the finishing touches on what is almost finally, an official end to Student Government Association and Class Council elections for this fall.

Surely questions have arisen while reading these emails, related to what exactly is to be done to fill the remaining openings in SGA and Class Council. I was able sit with SGA president Tim O’Leary, who has spent four years as a member of SGA here at Merrimack, to quickly recap the recent election, as well as give some further clarification as to how remaining spots are to be filled.

To quickly recap, total Voter turnout was at 15% for these most recent elections. With the class of 2016 topping out with the highest class turnout at 16.1%. Total voter turnout was actually up from the 13% seen last year. “More competitive elections”, was the mantra Tim uttered a few times while talking with me. Tim explained that the goal every year is of course get as many students out petitioning to be in SGA as possible.

More students petitioning, and subsequently running for positions help produce really competitive races that fill all the open spots. Elections this year may not have been as competitive as SGA would have liked, but still spots need to be filled and Tim helped explain how that is to be done. Upper Class openings will be filled by the classes themselves. Upper Class officials will announce that there are openings, and elections will only be held if multiple candidates are looking to fill only one or two available spots. If Upper Classman have any interest in filling a vacant position, they can either wait for an email from an official, or go ahead and reach out to one of their elected officials for further details or questions! For the Class of 2018, second class council elections to fill the numerous vacant positions will close officially on Friday October 10th. Some very important positions still to need to be filled and include the Vice President, Secretary, Treasurer, as well as four class representative positons. Election results will be available by Friday October 10 and will hopefully, officially Close the polls for the freshman class.

With so many spots still open, I lastly asked Tim and a few students if they felt that the importance of SGA has been somewhat lost on students here. One student, Senior Nick Chiarello, used the word “indifferent”, when asked about his feelings toward being a part of SGA here at Merrimack. O’Leary on the other hand, has been a staple in SGA here at Merrimack since his arrival. Spending a year as a Rep, two as a Treasurer, and now acting as President. “Maybe some believe that at a small school, it doesn’t matter who your rep is”, O’Leary stated. Tim really stressed how important student government can be. How effective it can be in initiating and enacting change here at school. Which is why Tim and so many others have joined. “SGA is an organization that is really a vehicle for change here at Merrimack”, Tim stated passionately. 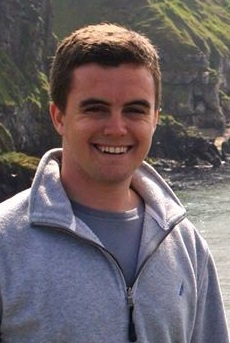