Sexual Assault Awareness Month: What is the Merrimack Community Doing? 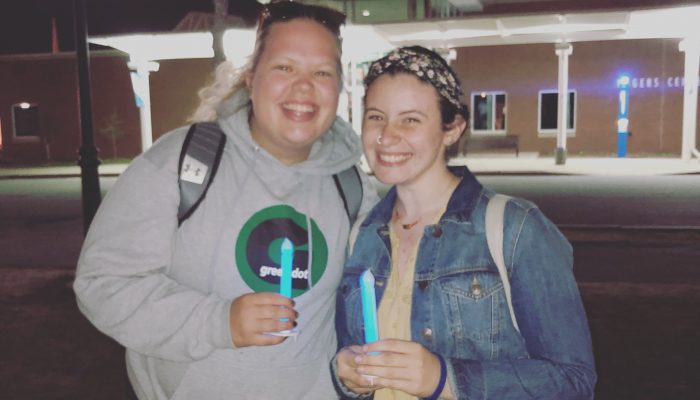 It’s almost the end of the spring semester at Merrimack, which means students are anticipating warm weather, the spring concert, and graduation. Although there are so many exciting events on campus this month, there’s is an important one that too often gets put on the back burner: Sexual Assault Awareness Month.

RAINN, the Rape, Abuse, and Incest National Network named April as Sexual Assault Awareness month, dedicating a month to celebrate survivors, raise awareness, promote education, and encourage stepping up to end sexual assault and abuse. RAINN is just one of the many organizations throughout America that educate individuals on sexual assault, and one of many that have live chats, hotlines, and many other resources to help victims of sexual assault and educate Americans.

Rape and sexual assault are still pressing issues in America, regardless of the number of organizations established to prevent it from happening. Just earlier this year, Harvey Weinstein, a famous American film producer, was accused of sexually assaulting over fifty women in the film industry. The Weinstein scandal gave women across the world the courage to come forth with sexual assault accusations of their own, creating a viral social media campaign of people supporting these women with #MeToo. Among the thousands of women that came forward about sexual assault incidences is Aly Raisman, who accused Larry Nassar—the former USA Gymnastics national team doctor—of sexually assaulting her. Weinstein and Nassar are two examples of men who faced consequences from their actions, but not everyone suffers the deserved punishments. According to RAINN, out of 1,000 reported rapes, 994 perpetrators get away with their crime, and only six will be incarcerated.

Sexual assault has been an issue on college campuses for years; 11.6 percent of college students experience rape or sexual assault during their time spent earning a degree. In 2016, Brock Turner, a former Stanford University student, sexually assaulted an unconscious woman behind a dumpster. Turner faced allegations and pleaded “not guilty,” blaming his actions on sexual promiscuity and college drinking culture. Although he caused this woman emotional trauma for years to come, he only served six months in prison, and is still on probation. Instances such as the Brock Turner case happen often, but are often not talked about.

Although there is so much regarding social culture that needs to be addressed when raising sexual assault awareness, campuses, non-profits, organizations, and healthcare programs everywhere are focusing on ways to reduce sexual assault and rape incidences. Many clubs at Merrimack are putting on events for sexual assault awareness month, including Active Minds, Gender Equality Merrimack, and the Office of Wellness Education. Active Minds is having a self defense class on Wednesday April 18 at 7:00 p.m., and the Office of Wellness Education is having an entire week of events ranging from Take Back the Night on April 24 to screening “The Hunting Ground” film on April 30.

Merrimack is participating in Sexual Assault Awareness, but the statistics prove it’s still a world-wide issue. You can get involved through posting on social media, attending events at Merrimack, or getting involved in activism. Sexual assault is an issue that is not talked about enough, but it does not have to be that way.