Hattan Shash, a senior at Merrimack, is an international student from Saudi Arabia. He came to America in 2010 to further his education; he is currently pursuing a double major in Business Management and Economics. He works very hard to earn good grades and spends much of his time doing homework; however any free time that he has is spent focusing on writing music.

Shash has a strong passion for music and has actually written and recorded over 40 songs, 25 of which are available online at https://www.reverbnation.com/shash. Hattan started writing music when he was thirteen years old and recorded his first song at the age of seventeen. Shash is fluent in both English and Arabic and combines both languages when he writes the lyrics to his R&B songs. When asked about his musical style Shash said, “When I used to listen to rap it seemed like every artist had his story to tell. I just feel like I have my own story to share about where I come from.” He describes his music as “true, honest, and relevant.” 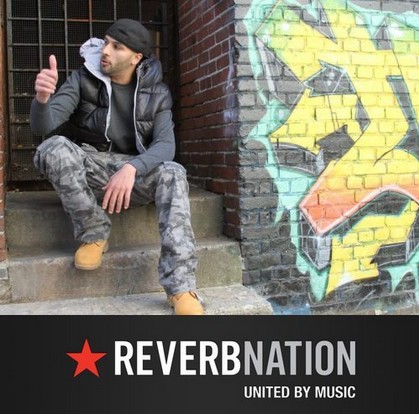 Shash recently released a music video for his song “Move Script,” a single from his upcoming album, “The Kingdom of Hiphop.” The song features a Myles, a female singer from New York City. This is not the first time these two artists have collaborated; they also worked together on a song titled “Who Can You Trust” a piece Shash calls “a classical revolutionary record.” Movie Script was produced by Andrew Chase, the video is now available on YouTube follow this link to check it out: https://www.youtube.com/watch?v=fxl8GW2uRRA

Shash plans to release his album, The Kingdom of Hip-hop, by the end of June. He chose the title because he thinks of his home of Saudi Arabia as a kingdom. Although he has other albums he considers this one to be his first official record. This is because in the past he would download beats and rap along to the rhythm. On this album, Shash was able to collaborate with a number of beat producers to create beats used specifically for his music. He believes this album is going to take him somewhere big- he is excited to release it and feels it is some of the greatest music that he has ever worked on. Shash is very optimistic about his work and believes coming to America was one of the best decisions he made. “Working with different people in the States gave me a whole new perspective on how to approach the music; I feel I’m only getting better!”

When asked who his inspiration was in the music world he said “My inspiration comes from too many people to name. The Hip-hop movement inspires me by the way it connects different types of people from all over the world in a unique form.” A few that have inspired his work are Black Thought from The Roots, Eminem, and KRS1.

If you are interested in seeing him perform, Shash will be at the Open Mic Night on campus at 8pm Friday, April 25th at Auggie’s Pub. He hopes to connect with the Merrimack community through performing at this event and welcomes feedback from his peers.

Follow him on twitter @Shash966 to the latest updates and keep up with his journey to becoming a recognized artist in the music industry.