Rookies Try to Impress in Opening of Celtics Season 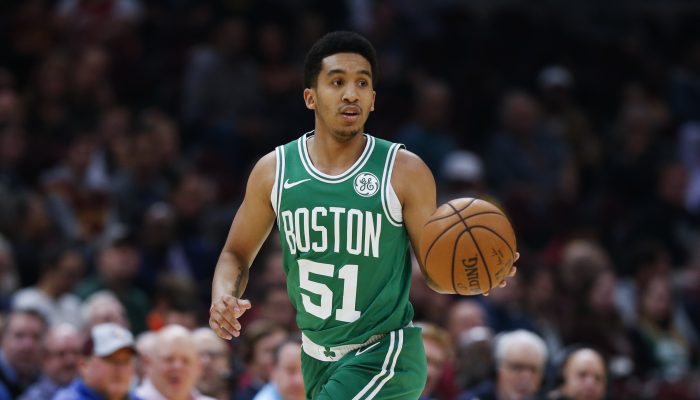 The Celtics’ first preseason game was Sunday, October 6th at TD Garden against the Charlotte Hornets. This team is unlike any team the Celtics have ever had before. They are young, they are fresh, they only have a few years of college experience, but they are talented.

Walker played against his old team, and Terry Rozier, who was once a beloved player on the Celtics is now on the Hornets.

Almost as soon as the game started, the crowd began chanting, “We want Tacko!” Tacko Fall, who is tied for the tallest player in the NBA at a 7 ‘7 and 310 pounds, is a rookie from Dakar, Senegal. He played for the University of Central Florida and went undrafted in the 2019 NBA draft, but was later signed by the Celtics. This may be one of their smartest moves yet considering they lost their only other big men Aron Baynes to the Phoenix Suns and Al Horford, who was also one of the Celtics best outside shooters, to the Philadelphia 76ers. Tacko was not put in until the last nine minutes of the game, but in those nine minutes he scored 15 points, had four rebounds, and an assist.

Another standout rookie is 6’1 Carsen Edwards from Purdue. He was the 33rd pick in the second round of the 2019 NBA draft. He was picked by the 76ers, but was traded to the Celtics. Edwards has some of the best energy I have ever seen on the court. Like a springboard, he knows where the ball is at all times and even though he is a point guard, he easily grabs rebounds.

The Celtics first regular season game was in Philadelphia against the 76ers on October 23rd. The game ended in a tough loss with performances from stand out stars Ben Simmons who had 24 points and Joel Embid who had 15 points and 13 rebounds. The Celtics lost 107-93 with a game total of 60 fouls altogether for both teams. The vet Gordon Hayward paved the way for the Celtics with 25 points and Jayson Tatum not far behind with 21 points. Kemba Walker made his regular season debut with 12 points. The former Celtic Al Horford scored 16 points for the winning 76ers. It was a tough game for the Celtics, missing two consecutive free throws in the second half, allowing the 76ers to pull ahead. But although the first game resulted in a loss, the last two games resulted in wins. One against the Raptors with my personal favorite player Jaylen Brown scoring 25 points and another win against the Knicks with Jaylen Brown again scoring 19 points and the rookie Tacko Fall making his NBA debut with 4 points that were cheered for loudly by the crowd.

A few more rookies will also look to impress for the rest of the regular season. Romeo Langford, Tremont Waters, and others will look to be standout stars for this season and I cannot wait to watch it unfold.