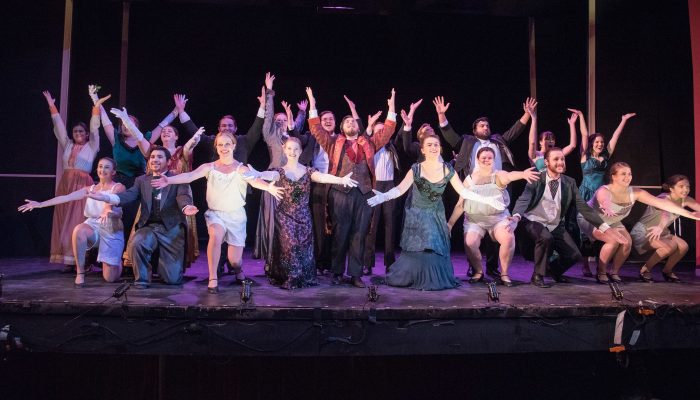 Members of the OnStagers Dramatic Society and the Visual Performing Arts Department will put on two shows at The Rogers Center for the Arts at Merrimack this semester. The Moors will be performed at 7:30 p.m. on October 10-12 and 17-19, as well as at 2:00 p.m. on October 13.

A dark comedy about love and desperation, The Moors is directed by Merrimack’s Kathleen Sills and will star six Merrimack student performers. Also premiering this semester, A Midsummer Night’s Dream portrays a Shakespearean love triangle in a comedic fashion. The show will take place on November 21-23 at 7:30 p.m., as well as at 2:00 p.m. on November 23. Tickets for these shows can be purchased online at the Rogers Center website, and at the Box Office on performance days.

The Visual Performing Arts Department and the OnStagers Dramatic Society work together seamlessly to put on stellar performances, and rehearsals are extensive in the days leading up to shows. During this time, groups master their lines, practice in their costumes in the complete sets, and work with choreographers and speech trainers to lock everything in place before opening day.

“Of course I get nervous. But with the nerves comes adrenaline, and the confidence of knowing how much we have practiced and prepared for each show,” said Merrimack junior Lillian Klosen. “Nerves and anxiety do come into play, but there’s a huge energy from the audience that we feed on, we just go out there and get it done. We’re a family.”The Iliad, The Odyssey, and All of Greek Mythology (in 99 Minutes or Less) was a great kick off to the semester this September, and there are even more exciting performances later in the year, including Proof in February and Seussical the Musical coming up in April. Members of the Merrimack community are looking forward to another year of shows put on by such talented individuals on campus.