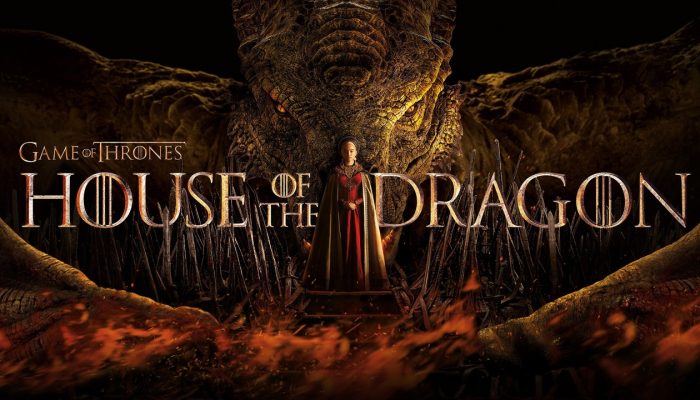 Warning: There are spoilers ahead!

On this week’s episode of House of the Dragon, we see once again that weddings and people named Joffrey definitely don’t mix.  Coming off the heels of last week’s electric installment, I wondered how much longer they could keep up the forward momentum before the story inevitably imploded on itself (cue the Game of Thrones flashbacks).  I’m happy to report that it doesn’t look like HOTD is going down that road, at least not yet.  Clare Kilner returns as director from last week’s episode, so that’s another reason to be excited about this one.  This is my first entry in my House of the Dragon weekly reviews, so I have plenty to get off my chest.

We open on Rhea Royce of the Vale, the estranged lady wife of Daemon, as she rides up on a cloaked figure in a hill pass near the castle Runestone (surprise, it’s Daemon!).  She scathes him, mentioning his crude sheep insults from episode 1.  Without a word, Daemon spooks her horse with a forward motion and causes her to be crushed by her mount.  He had begun to walk away as Rhea lay there paralyzed, but her final insult, “I knew you couldn’t finish!”, was what drove him back to her with a rock in hand.  This gives us another glimpse at Daemon’s cruel dark side, and also breathes more life into rumors of Daemon’s impotence that have been floated by other characters this season.

Next we see the King and company arriving at Driftmark to facilitate wedding talks for Rhaenyra and Prince Laenor Velaryon.  It looks for a moment like Corlys is finally going to catch an easy dub, but we all know that’s not how things roll in Westeros.  He doesn’t dignify the King by meeting his party at the castle gates (as is custom), so we know that their relationship is still far from peachy.  Rhaenys seems to understand the danger that they are putting their son in, but Corlys won’t hear it; he also seems to think Laenor will “grow out” of being attracted to men, so he is definitely in for a rude awakening.  Thankfully for Laenor, Rhaenyra understands that they have different “tastes” and assures him that their marriage will function solely to fulfill their duties to their houses and nothing more (quite reminiscent of Renly and Margaery’s relationship in the original series).

We see Otto back in King’s Landing as he prepares to ride for Oldtown, stripped of his Hand status.  As much as I think Otto ultimately has his own best interests in mind, it is hard not to feel bad for him in this moment.  Alicent comes to bid him farewell, and Otto says his last piece to her about the importance of the King’s succession.  This is where I think Alicent begins to truly realize that her children are a threat to Rhaenyra’s claim to the throne.  The final nail in the coffin of their friendship, however, is when Larys Strong “spills the tea” to Alicent in the Godswood: he heard Rhaenyra had a special tea delivered to her chambers at Viserys’s orders.  You can see the realization and shock on her face, knowing that Rhaenyra swore to her on her mother’s name that nothing had happened the night she snuck out.  I can also see Larys becoming a Varys-like character for Alicent, gathering whispers from other lords and ladies.  Remember when he elected to sit with the women during Aegon’s name day hunt? Perhaps he uses his malformed foot as a red herring to gather King’s Landing gossip.  What we know for sure is that the distrust between Alicent and Rhaenyra has now reached a point of no return.

This episode also marks a major turning point for Ser Criston.  He confesses his love for Rhaenrya with wishes of running away together to the Free Cities, but is met with rejection.  She sees her duties as heir as paramount, which is a far cry from her childlike indifference in prior episodes this season.  It seems that her father’s words are finally starting to get to her, mirroring the effect of Otto’s parting remarks to Alicent.  Criston is devastated; he broke his oath to the Kingsguard, and for someone who only romantically values him as a backdoor man.  This guilt and shame leads him to drop the BOMB on Alicent later on, confessing to taking the princess’s maidenhead when she was actually inquiring about Daemon.  Congratulations, you played yourself.

At long last, we come to our pre-wedding feast.  Daemon is back from the Vale.  Viserys, more sickly by the minute, begins his toast.    Alicent is missing at first, and then interrupts him with her stunning entrance – wearing her emerald green dress.  Everyone falls silent.  There is quiet mention that the Hightower beacon in Oldtown shines green to call their banners to war (this is a bit of retcon by the writers, but I think it adds to the story in a big way).  The name of the episode is “We Light the Way”, which also happens to be the words of house Hightower.  We are beginning to see where her allegiances truly lie.  Rhaenyra wears rubies in her braided bun, harkening back to the conqueror’s crown of Aegon I.  Dancing ensues, and the drama gets kicked into high gear.  Daemon shares disapproving words with his niece in High Valyrian, and also spits some game at Laena Velaryon (noticeably older than in episode 2, thankfully).  We then see Ser Joffrey Lonmouth, the Knight of Kisses and Laenor’s sneaky link, strike up a conversation with Ser Criston.  He uses some creative language to reveal his suspicions about Criston and the princess, which couldn’t have backfired any worse for him.  Ser Criston reached his breaking point; I have a feeling Joffrey won’t be stoking any more ire with that hole in his noggin.

Criston retires to the Godswood after his brutal outburst to fall on his sword, but is stopped by Alicent.  I think this show of mercy will be the start of Criston eventually siding with the greens over the blacks.  We cut to Rhaenyra and Laenor’s subsequent rushed wedding ceremony, spoiled by the gruesome fate of Laenor’s actual love.  The King collapses as they say their vows, and we close on a rat sipping from a fresh pool of blood left behind by Ser Joffrey.

This was a banger of a midseason finale in my eyes, and it has me amped for the back half of the season.  I thought Milly Alcock and Emily Carey gave outstanding performances as the young versions of Rhaenyra and Alicent.  Though they will be dearly missed, I’m equally excited to see Emma D’Arcy and Olivia Cooke shine in their stead.