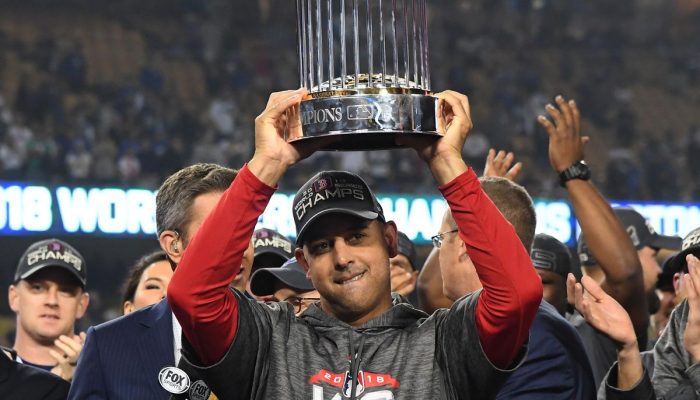 The Boston Red Sox are officially bringing back Alex Cora to be the manager of the team once again according to multiple reports. MLB Network’s Jon Heyman was first with the news.

It had been reported on Thursday that the team was down to two options – Cora and the Philadelphia Phillies’ Sam Fuld. The Red Sox front office had flown to Puerto Rico to meet with Cora prior to making the decision. Ultimately, it came down to familiarity as Red Sox Chief Baseball Operator Chaim Bloom was the one who made the final decision of Cora’s return.

Cora had been with the team as their manager for the 2018 and 2019 seasons before being let go prior to the 2020 season due to his involvement with the Houston Astros sign-stealing scandal. During those two years as manager, the Red Sox went 192-132, winning the World Series in the 2018 season. It was also in the 2018 season that the Red Sox finished with the most wins in a single season in franchise history, totaling 108 on the year.

Red Sox players have been very open about the once hopeful return of Cora following his suspension through the 2020 season. It seems as though they will be pleased as 2021 is looking a lot brighter for the Red Sox after a difficult 2020.

Stay tuned for more news on the story.

UPDATE: Red Sox have made it official.