Home > News > Entertainment > Reaching the Golden Mean in Tabloid Journalism: How Do We Shift From “Celebrities vs. Paparazzi” to “Celebrities & Paparazzi”? 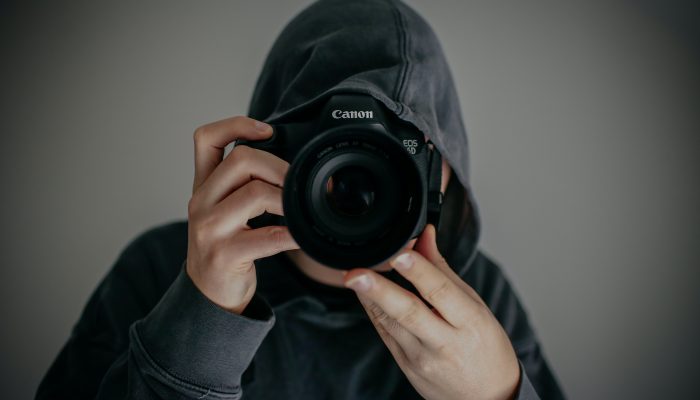 The term paparazzi comes from the character Paparazzo in Federico Fellini’s 1959 movie, La Dolce Vita, the story of a relentless street photographer who teams up with journalists to report the scandalous and glamorous lives of celebrities. While the name Paparazzo had no association with tabloids at the time, Fellini loved how well the name fit the character since the dialect reminded him “of the buzzing of an insect you can’t get rid of.” Little did he know that his humorous analogy would be the center of our modern day ethical and legal dilemmas surrounding the tabloid industry.

By definition, being a public figure comes with a certain level of sacrifice to an individual’s privacy. These individuals are expected to accept living their lives in front of the public eye, sharing milestones and certain personal details with hundreds of thousands of strangers, keeping up public appearances and interactions with their fans even at the cost of their own comfort and interruption of their daily lives, and the list keeps growing. Especially with the advancement of technology and social media, audiences expect celebrities to sacrifice more of their privacy, creating an increased demand for tabloid journalism (the world of salacious celebrity gossip and exaggerated/sensational reporting), pushing paparazzi to seek juicier and more personal content. Such shifts in demand have become increasingly toxic over the years.

It’s no news that tabloid journalism is quick to take things too far and stray from journalistic ethics in its efforts to dig up unique insider looks into celebrities’ lives, to generate louder buzz among competitors: reporters fabricating fake news to one up competition, deliberately crossing lines of journalistic ethics without regard or respect to celebrities’ reputations and personal lives; paparazzi relentlessly stalking their targets even at the risk of breaking laws and putting both their targets’ and their own lives at risk, etc.

One of the most well known historical examples of this dangerous practice is paparazzi’s high speed chase that resulted in the tragic death of Princess Diana, Dodi Fayed, their driver and bodyguard in Paris in 1997. While there were other factors that contributed to the tragedy, Princess Diana’s driver was speeding through the tunnel trying  to get away from the paparazzi on motorcycles surrounding them. Now one might argue that these people were simply doing their job. But at what cost? Additionally, as if causing these dangerous conditions wasn’t bad enough, some paparazzi chose to snap photos for the tabloid while others ran to the injured princess’s aide to save her and others from the wreckage.

That was 1997. Surely things must have changed by 2021, right? While the circumstances of Diana’s death have led to many nations’ revision of rules and regulations around their tabloid journalism, there are no universal laws that hold paparazzi and tabloids accountable for their questionable practices with any given lawsuit against a tabloid being reviewed on a case-by-case, circumstantial context. Since 1997, and even before then, celebrities have continuously criticized paparazzi’s toxic and dangerous practices – exposing many instances where paparazzi’s behavior have harmed their physical and/or mental health. With people’s health and lives at risk, where is this toxic kind of journalism headed?

In 2021, it’s time we as a society, demand legal and ethical guidelines for how tabloids’ news content is obtained. With respect to tabloids’ freedom of speech and celebrities’ need for privacy, these guidelines should strive to set expectations and standards for both sides through open and transparent communication. These two opposites of the entertainment industry, an industry built on communication & media, should come together to listen and collaborate for safer tabloid journalism standards instead of fighting one another, which might lead to dangerous situations. Only through this mutual respect and alliance efforts can our society reach a golden mean, a golden standard, of entertainment ethics, and we get one step closer to a truly civilized community.