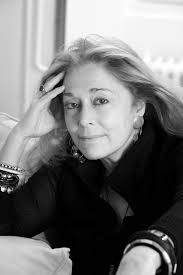 On Sept. 17, the Writers House hosted Pulitzer Prize-winning poet Jorie Graham. She won the Pulitzer Prize for poetry in 1996 for her work entitled “The Dream of the Unified Field: Selected Poems 1974-1994.” Graham, a truly prominent figure in the poetry community, not only has a Pulitzer Prize to her credit, but also has spent a number of years working in the Boston area as the Boylston Professor of Rhetoric and Oratory at Harvard University.

Those in attendance listened with great intent, as Graham carefully read just a handful of poems from the truly vast collection of poetry she possesses. Graham was even kind enough to open up to questions and conversation at the conclusion of her reading, in hopes it would help enlighten any of the current or aspiring poets in the room. After her readings and Q&A, I was able to sit with Graham and interview her further. As someone not overly familiar with the poem-writing process, I asked first simply what inspires her poetry.

“A piece of music and sound,” said Graham.

Graham emphasized the influence music and sound has on her poems and described herself as a very musical person.

“Music helps create emotions and sensations, and those sensations are what lead to the ideas,” she said.

A fan of jazz and rap especially, Graham stressed to me how music can be the spark to writing a great poem.

“The actual idea comes later in the writing process,” Graham concluded. “Poems begin with an emotion.” As the interview continued, it was clear just how passionate and worldly a person Graham truly is. Graham talked about drawing inspiration not only from music and sound, but also from some of the good and bad that is present in the world around her. She read to the audience a poem called “Sea Change,” which focused on the possibility for ecological disaster. Poems concerned with worldly affairs and dilemmas are staples in Graham’s poetry collection speaking to how passionate a person she can be.

When asked who in particular she tries to reach with her poetry, she without hesitation stated “Everybody.” She feels that writing about her own personal life, as well as writing about world happenings has given her the ability to reach a wide variety of listeners.

“Anyone who can form a connection with what I’m writing is who I want to reach,” said Graham. Graham, who has been writing since she was in her 20s, touched upon how her poetry really resembles what is present in her life at the time, or her worldview. “It’s easiest to write what you know, and that is the best chance you have with connecting to people”.

As mentioned, Graham is said to be one of the more celebrated American Poets in the Post-war generation.

“I’m as good as the last poem I wrote,” Graham said jokingly.