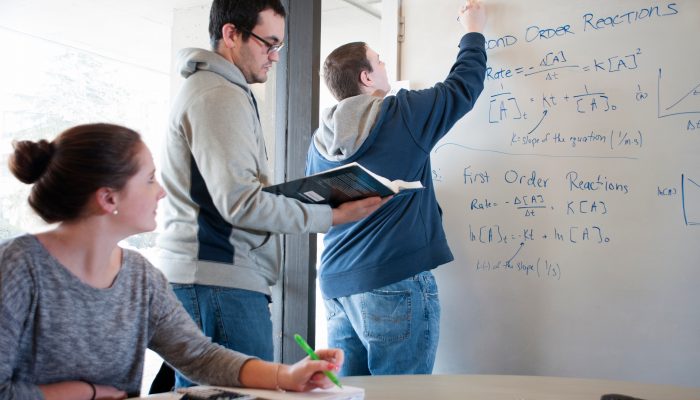 As the late night library sessions near in preparation for finals, students aren’t the only ones feeling the stress of all-nighters. Professors are also under the wire to finish the semester and get grades in on time to send students off for winter break.

A lot goes into finals prep time for a professor. While students put in hours studying, professors spend their nights writing tailored exams and answering panicked emails from students. “The end of the semester has come, and a grade is going to be attached,” said associate English professor Ellen McWhorter. “Then come the emails and questions.”

Associate professor of psychology Michael Stroud joked he always knows it’s the end of the semester when students start waiting outside of the classroom before exams. “You can sense the tension.”

For professors, this is only the beginning. Once students have given their sigh of relief that exams are over, the clock starts ticking for faculty. For those administering exams next Friday means only three days of turn-around time.

Professor Stroud, along with many others, finds this deadline restricting. “It limits the types of assignments you can do.” For this reason, Stroud usually assigns final papers or projects to his class in lieu of an exam.

“If I know I’m giving a final toward the end of the week, I’m going to make it multiple choice,” said associate professor of psychology Raymond Shaw.

Contrary to popular belief, not all professors are trying to stump their students with ambiguous language and trick questions. “In my mind, if you’ve been paying attention in class, nine times out of ten you’ll get the answer correct,” said McWhorter. “Sometimes I’ll throw in the occasional curve ball that requires intense thought.”

Most professors are quick to say that their exams have no tricks to them. “There’s no such thing as trick questions,” said Shaw. “Tough questions are about if you can generalize beyond an individual context and that’s what learning is about.”

In a final piece of advice to students surviving finals, Stroud stressed the importance of sleep and Shaw encouraged taking a breather. “Don’t stress out. Do a little bit at a time [studying], reward yourself for getting work done, then get back to it.”