On Tuesday April 15, 2014, Jon Favreau spoke at Rogers Center for the Arts. “We invited Mr. Favreau here, because he represents the values that Merrimack College has and we are very pleased to have him tonight,” President Hopey said. 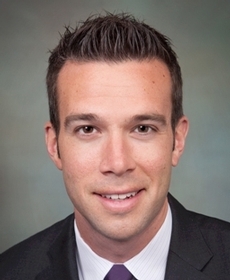 “Growing up for as long as I could remember, I loved and hated writing but I did not connect writing with political speeches until I graduated from Holy Cross,” Favreau says. After graduating from Holy Cross, Favreau took a job as an entry-level assistant on the John Kerry Presidential Campaign and by chance Favreau was lucky enough to sit next to Kerry’s Speech Chief Writer. “I thought the Speech Chief Writer had the greatest job and I thought it was the kind of job that other people did who were older, smarter and better connected than I was,” Favreau said.

Fast forward after the Kerry campaign where Favreau received an email that forever changed his life. One of his bosses from Kerry campaign told Favreau that Obama was looking to hire his very first speechwriter. During his interview with President Barack Obama, Favreau said: “We talked about family, where we grew up and why we got into politics.” At the end of their discussion, President Obama said something that Jon Favreau would never forget: “I still do not think I need a speechwriter, but my staff tells me I do and you seem nice enough,” Favreau laughed.

When it came down to writing the President’s speeches, Favreau would send the draft to the president and told the audience one of two things would happen: The speech would either come back marked up in black pen with edits, or no marks but a note that says “Lets Talk” which did not mean a good thing. Favreau tells the audience he learned more that he could imagine about writing, politics and about life. “One of the most valuable lessons I learned from the President was to honest and authentic. You see, the easiest thing in the world is to base decision on fear, especially if you are in politics and I think today politics is driven by fear,” Favreau said.

Jon Favreau’s message to the audience is not to let anyone else’s comments be our excuse for not trying: “I learned through a course of a career in politics is that life is not always easy and it’s not always fair. At times it brings us disappointment and failure along with bad news, but if you keep looking for the good news and are willing to persevere, willing to believe and willing to try, there will be plenty of moments were it well worth while.”