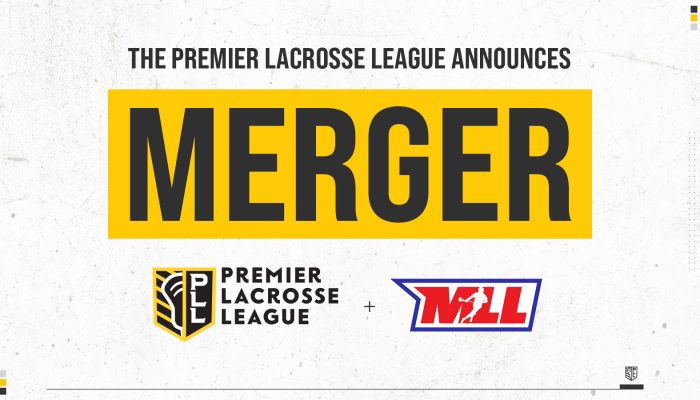 Since the creation of the PLL in October of 2018, the two leagues have coexisted and played simultaneously the past two seasons and this will allow the two leagues to unite as one. In a statement about the merger, co-founder and CEO of PLL Mike Rabil stated that “the unification of PLL and MLL puts the game first by providing our athletes and fans a single destination for the best lacrosse in the world, across every medium, coming this Summer 2021 on NBC Sports. I can’t think of anything better and more exciting for the sport.”

One of the biggest components of this merger between the two leagues was the announcement that in the transition, the Boston Cannons who were the 2020 Major League Lacrosse Champions, will rebrand to become the Cannons Lacrosse Club and become the eighth team in the PLL. At this time, the Cannons are the only team from MLL who will appear in the PLL next season, but the league does retain rights to all former teams in the MLL for future expansion if they so desire. The statement also included that MLL players will be communicated with in order to be eligible for the PLL expansion draft in 2021.

While this move is beneficial for the sport of Lacrosse overall, the deal also has some drawbacks to fans of the MLL. The MLL just completed their 20th season this past summer and with the merger, strong lacrosse markets such as Cheesepeake, Long Island, and Boston will lose their hometown teams as the PLL is a travel based league playing their season in a different host city every weekend. While the PLL product is arguably better, the MLL’s strong attraction was the city based model with local fan affiliation and tradition.

As a lacrosse fan myself, I grew up with the Boston Cannons as my hometown team, and losing that connection is a little disappointing to me. The local connection to Boston and being able to attend home games, are no longer possible, and instead you’ll be lucky to attend one weekend of Lacrosse a year, and the rest will be on television.

While this may be disappointing to lose the Boston Cannons, I am excited to root on the new Cannons Lacrosse Club in the PLL and I look forward to Professional Lacrosse Growing as a whole, and I think that this merger is another step in the right direction to gain exposure and following for the sport of lacrosse.