Playing Football During a Pandemic Means That No One Really Wins 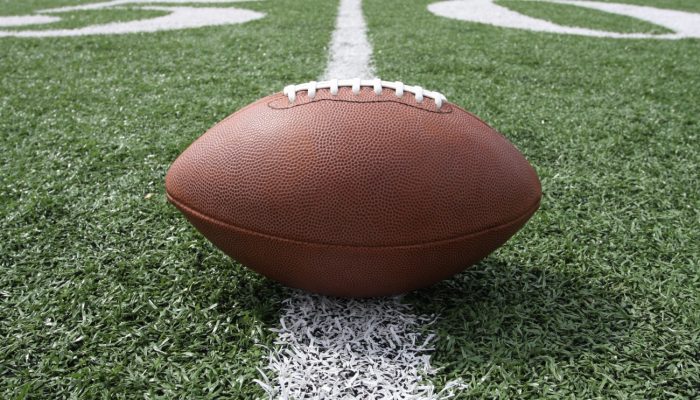 How do you play football in the middle of a pandemic? Well, for the most part, you

don’t. The majority of college football programs sat out this past fall, which is when their sport usually plays the season, due to the Covid-19 virus.

It’s been a long road for college football programs after the pandemic started in Spring,

2020. When schools were shut down, spring football went with them. Throughout the summer people questioned whether or not college football would return for the fall. Other than the Power Five conferences, and a couple other FBS schools,everyone else’s season was cancelled.

Covid on college campuses. A lot of schools, including Merrimack, struggled.

“It was hard, I was only here for two semesters and got used to things and out of nowhere

we can only have eight guys in a lift and we can only practice in small cohorts,” said Warriors

In a sport that relies on dozens of players working together towards complete teamwork,

it was extremely uncommon for football players to be separated from each other during workouts or practice. Everyone had to adapt to the new way of life that Covid brought, but getting used to dealing with the unknown wasn’t easy.

“We all didn’t know what was going to happen next, at any point during the semester, a

quarantine for 14 days or they could straight up get Covid from someone, it was crazy,” Lenon

Merrimack football team, but multiple sports teams across campus. With breakouts occurring in dorms, and other places, it was hard to get a consistent schedule for teams.

Following the return to campus for the spring semester after an extended winter break, the NEC announced a spring season would take place for fall teams that missed their season.

“When I heard we were playing, I was just like ‘let’s go.’ It has been too long since I’ve hit

someone in a different jersey,” said Lenon. “When you play football every fall from elementary school up to college you don’t know what it’s like to not be able to play and I think every guy on the team missed it more than they ever have, like they say ‘You don’t realize how much you love something until it’s gone’ and I think that set in for everyone and we are ready to go.”

Even during their new ‘season,’ the Warriors continue to deal with the fallout of the

pandemic. Their first game, against Wagner, was postponed due to Covid-19 regulations.

The following game, their home opener against Bryant, was played in front of an empty stadium as state guidelines dictated.

“I was upset to hear we wouldn’t be able to have fans at our game, but I was also

understanding because of the times,” said Lenon.

first weekend in April. That coincided with the softening of some Massachusetts restrictions, allowing for some fans.

It may be a small step, but for Warriors players, it was a major move back to normalcy.