Orange is the New Black Meets Blue and Gold 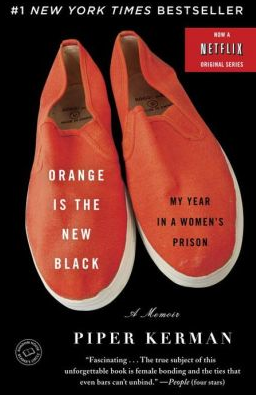 In just two short months, the Netflix original show “Orange is the New Black,” will air its second season, picking up where it left off: with Piper Chapman, an upper-middle-class, white female and her fate in an all woman’s prison.Prior to its premiere, last week the Merrimack community met the real Piper behind the survival comedy, Piper Kerman.

During a question and answer session, followed by Kerman’s lecture, students, faculty and members of the area community discovered the truth behind the “Orange is the New Black” series, Piper’s memoir with the same name, and Kerman’s experience at the Federal Correctional Facility in Danbury, Conn., which inmates who have been convicted of charges related to murder, drugs, and in Kerman’s case, money laundering.

Those who attended Kerman’s lecture in the MPR of the Sakowich Center heard more than just a tell-all of her experience in prison. She clinched the attention of the room, discussing the real issue with her situation — the dehumanizing and immoral system which throws people into American prisons daily. Supporting her statement with unimaginable numbers, Kerman explained, “200,000 women are in jail today, two-thirds of which are there for non-violent offenses.”

Kerman, an active member of the Women’s Prison Association, continued to explain her concerns with America’s prison system, including a fact that shows an 800 percent increase in incarcerated women since 1980. It became clear that Kerman’s mission for these lectures is to educate those who are unfamiliar with the prison system, as she was when she entered Danbury.

Kerman brought up her largest issues with the system, and that was race, gender, and the hierarchy of wealth in our society. She said, “My book is framed as a fish out of water story because no one expects an upper-middle-class white woman to go to prison, which is a funny thing given we invest so much in creating the institution of prison, and if they aren’t intended for upper-middle-class white women, then who are they intended for?

“I’d suggest if you were a young man of color from a poor neighborhood you would not necessarily have the opportunity to write a fish out of water memoir like mine because many people would not be at all surprised that you were in prison, and I think that is tragic and a societal flaw and issue we should look at,” she said. 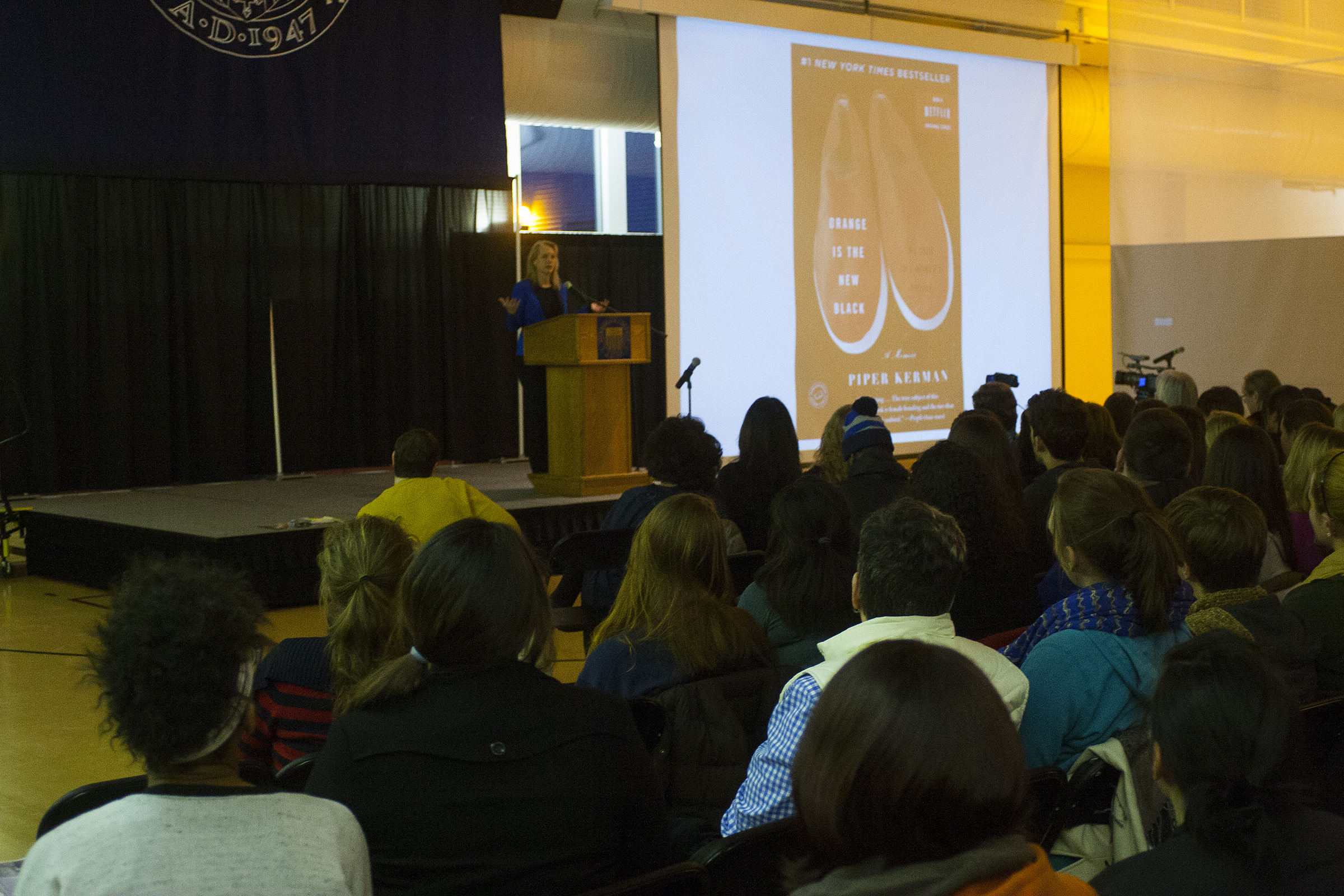 Kerman said African-Americans are four times more likely to get arrested for smoking marijuana, when, “let’s face it, white people smoke just as much pot.”

Kerman’s advocacy allowed an audience unfamiliar with the justice system to open their eyes to an operation that seems moral but, she argued, lacks an ethical nature.

Asked about the one message she wishes her audience observes from her memoir, Kerman answered, “What I hope is at the end of the book, they have that different idea who is in prison, why they are there, and just that they see the people in jail as humans, and not as inmates or criminals. When you recognize the humanity of the people who are there it makes us feel differently about what happens.”

Kerman continues to advocate for prison reform and justice, expressing joy in the newest bill to pass in Massachusetts, which no longer allows pregnant women to be shackled when behind bars.

“Orange is the New Black” returns June 6 to Netflix. Kerman admitted the show is a little more farfetched than what actually happened, but is satisfied with the way things are going.“I served 13 months out of 15, I got two months off for good behavior,” she said. “I’m a little better behaved than Piper Chapman.”