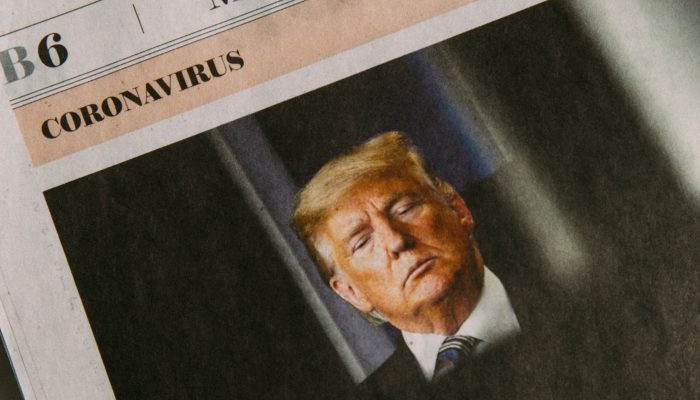 The coronavirus has turned everyone’s lives upside down within a matter of weeks as students transition into online learning, people start working from home, and cities all over the country are on lock down to prevent further spread of the virus. This pandemic means cancelled proms, graduation ceremonies, concerts, movie releases, and even going to your favorite restaurant on a Friday night. With all of these celebratory events coming to a halt, it feels impossible to look at the good side of this, especially when watching how President Trump is responding to this global crisis.

The Centers for Disease Control and Prevention plays an important role in disease prevention in the United States and requires a large budget to fund their efforts in preventing disease and educating the general public on public health practices. Many rumors going around on the internet are claiming that Trump has cut the CDC’s budget every year, and although he has attempted to do so, Congress has prevented that from happening. Although the attempts to cut the budget drastically have not followed through thanks to Congress, the CDC’s budget for 2020 was smaller than in previous years, which puts a strain on the CDC as they deal with the complications of this pandemic.

The National Security Council, a council that was established to advise and assist the President on foreign policies and national security, is another entity important in addressing a global crisis. Admiral Timothy Zeimer, the senior director of public health and biodefense on the NSC, left the administration back in May 2018. Many people have claimed that Trump fired him and the rest of the team, however Zeimer just left and Trump never replaced him. Although the team was reorganized with individuals from Trump’s administration, he never fully replaced the senior director position until January of this year, about a month after COVID-19 deaths started increasing rapidly in China.

There is a lot of criticism surrounding Trump’s response to the coronavirus pandemic in the months preceding mass infection rates in the United States. In several press conferences in January and February, Trump stated “we have it under control” as the number of confirmed cases in the U.S. rose. On February 27, he stated “it will disappear” as the U.S. reached 60 confirmed cases. Many criticize his slow response to the pandemic as he reassures citizens it’s under control. As of Sunday April 5, there are 324,052 confirmed cases in the United States and over 9,600 people have died

As we approach the peak of COVID-19, the CDC is recommending that individuals wear masks or cloth while going out in public to slow the spread of the virus. On Friday April 3, President Trump announced the CDC’s new recommendations while adding, “I don’t think I’m going to be doing it.”

Consistently, President Trump has been reassuring the American people that COVID-19 is “under control” and the virus will just “go away,” yet schools are online for the rest of the year and many states are issuing “stay at home” orders. Healthcare workers are putting themselves at risk everyday to treat COVID-19 patients as Trump stands before the American people blaming medical workers for the lack of n95 masks, making it more difficult for states to get the supplies they need, promoting controversial treatments despite warnings from experts, and personally disregarding s recent government recommendations to slow the spread of the virus.

As a senior student studying public health, I’m appalled by the amount of arrogance Trump is displaying as we face a global crisis. The damaging statements he makes will affect the length of this virus, impacting everyone’s lives and causing more deaths.

Nobody is immune to this virus and it is important to protect yourself while going out in public, wash your hands frequently, and practice social distancing. Remember to always seek out the most reliable information on COVID-19 at CDC.gov.