OPINION: Trump’s Acquittal- What It Could Mean Going Forward 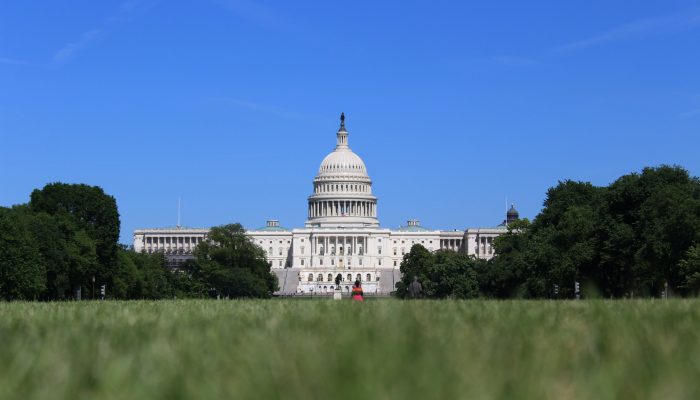 As a result of Donald Trump’s acquittal for the January 6 Capitol Riots, the former President could usher forth many plausible futures for the Democratic and Republican establishments – some benefiting them greatly, some not so much. Despite seven Republicans and 50 Democrats contributing toward 57 guilty votes, the Senate still fell short of the ten remaining Republicans required to bring the vote count to 67: the two-thirds majority necessary for conviction. Following the second Trump impeachment debacle, the United States’ enduring ritual of slapping officeholders on the wrist for high crimes has become far more apparent and far more troubling. Ultimately, the Senate’s verdict offers a wide array of pressures for both the Democrats and the GOP in the years to come.

The second slap on the wrist for Donald Trump confirms the sheer, unyielding dominance he holds over the Republicans, with only seven in the Senate believing he should be imprisoned. It also assures that the Democrats prefer virtue signaling over actual progress, as an impeachment trial, to begin with, was futile. Citing Section 3 of the 14th Amendment alone would have been enough to suffice, as its sole purpose is to prevent inciters and endorsers of insurrection from ever holding a public office in the United States. However, now that the impeachment trial has ended in Trump’s favor, the Republicans find themselves in a tough spot. Should they really fall in line and support a man who went from being viewed as unstoppable to unelectable?

As of now, it looks like it’s a risk they’re willing to take. After the Capitol incident, Trump’s approval ratings were almost as low as George W. Bush’s during the financial crisis at the end of his second term. His social media voice was stripped away, and he was mainly seen as a pariah to society. Now, the narrative seems to have flipped dramatically, with Trump’s reputation somehow bouncing back to how it was before the attack. A Morning Consult/Politico poll shows a staggering 54 percent of Republican voters would still choose Trump in a theoretical 2024 primary race. The question lies in whether this sudden uptick offers enough steam to last into the next election cycle. Regardless, statistics like these are a real concern for Biden and Harris, especially after the terrible domestic and foreign policy decisions they’ve been making recently.

It’s amazingly frustrating how many commitments Joe Biden has broken for being President for such a short amount of time. He backed out on the promise of $2,000 stimulus checks, instead opting for $1,400. Now, he’s backing out on a national $15 minimum wage, which he swore up and down he’d do in his first 100 days in office. Why? Because the Senate Parliamentarian, an unelected figure with no real power, wanted to revoke the people’s will and say no to including it in the $1.9 trillion COVID stimulus package, even though it already passed the House. Kamala Harris, as Vice President, can easily override the Senate’s resolution. Still, the idea of corporate Democrats like her or Biden bowing to anyone other than their donors is questionable. If they conclusively decide to backpedal on $15, it shows they were never in favor of it and only used the popular, progressive idea as a vehicle for getting elected.

After all, the Biden Administration seems far more interested in war, with new bombing campaigns in Syria acting as an unwelcome callback to Obama’s illegal drone strikes with 90 percent civilian casualties. Trump’s potential 2024 run will inevitably gain more fuel as Biden continues these egregious missteps. The prospects for the midterms in 2022 might also look bleak for the Democrats, continuing with the tradition of Democratic presidents losing their supermajorities for not taking full advantage of their power: Clinton in 1994 and Obama in 2010. the Biden Administration, in just about 40 days, has already proven that they’re nearly as incompetent as the Trump Administration – only in different areas. They did well in the 2020 Election, marketing themselves as the return to normalcy. To many, the idea of retreating to how it felt during the Obama Era felt refreshing and welcome, especially after Trump’s eccentric four years topped off with a global epidemic of unparalleled proportions.

However, even in the early phase of Biden’s purposefully unremarkable presidency, many realize why Trump won in 2016 in the first place – normalcy. The political establishment of the mid-2010s was toxic. People wanted to shake things up with a candidate spouting populist rhetoric, whether it was genuine or not. They wanted someone to guide them past the swamp’s pro-war, pro-outsourcing, anti-worker mentality. Trump rightly filled that role with his charisma, pomposity, and businessman persona. In direct contrast, Hillary Clinton embodied the corporate establishment, and that’s why she lost. Biden did as well in 2020, but he pulled through because of a global crisis, combined with an unwarranted stigma against Democratic socialists.

Initially, the Democrats may have thought the acquittal set them up for a cakewalk to the White House every four years, with Trump possibly diverging into his own third party, thus splitting the Republican vote during every future election. A civil war in the GOP between Trump and anti-Trump Republicans would be a gift for Progressives and corporate Democrats, who’ve been having their own internal strife for years. For the Progressives, it means the GOP would never win an election again, like how they couldn’t in the years FDR reigned. For the corporate Democrats, it means they could continue never doing anything while still getting elected continuously. However, with Trump’s recent comments at CPAC 2021 seemingly confirming his loyalty and ownership of the Republican brand, that possibility, for the moment at least, is out the window.

The Republicans are certainly taking a gamble putting their trust back into someone responsible for botching the COVID relief response and inciting the first armed incursion against the U.S. Capitol since the War of 1812. However, suppose Biden and the rest of the neo-corporate Democrats continue offering no fundamental change in a time of extreme distress. In that case, they won’t be able to cling to their power for much longer.