Opinion: NCAA March Madness Controversy and the Need for Gender Equity in Sports 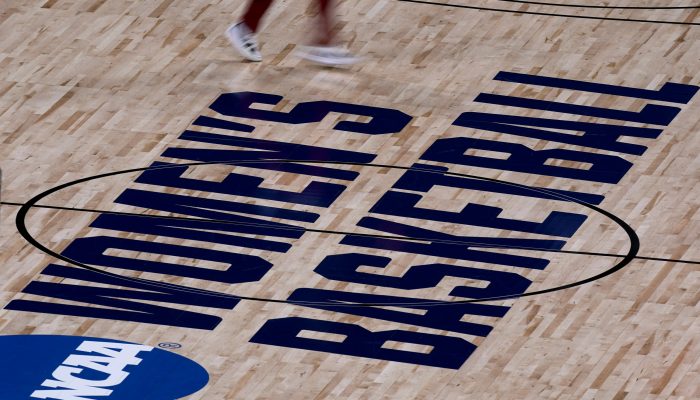 Unless you have not been on social media recently or paying attention to the news, you probably have heard about the controversy with the NCAA and the March Madness Tournament. Oregon Women’s Basketball player, Sedona Prince, posted a Tik Tok of the women’s weight room compared to the men’s. While the men got a huge room with multiple weight racks and advanced equipment, the women got a small rack of weights that only went up to about thirty pounds and a bunch of yoga mats.

The swag bags the women got for making it to the tournament were just as pathetic as the weights. The women got items like a towel, a hat, some shampoo and conditioner, and a drawstring bag, while the men got tons of shirts and socks, hand sanitizer, and plenty more. Even the wording on the items showed favoritism. The women’s items said, “NCAA March Madness Women’s Basketball” while the men’s items said, “The Big Dance”…take from that what you will.

When people began to voice their outrage, especially with the weights, the only thing the NCAA had to say was that the women’s weight room was smaller because of “a lack of space.” Prince proved this false when she showed their practice court, their weights and all this extra space they had that could have been used for a weight room. The next day after the video was released, the NCAA didn’t even get the women better equipment. Rather it was Dick’s Sporting Goods who donated a bunch of equipment to them including spin bikes, rowing machines, weight racks, and more. The NCAA also gave the female athletes food that appeared to be more appetizing, but this was about the extent to their fixing the issue at hand.

On top of all of this as the icing on the cake, the women received COVID-19 tests that are known to be less accurate than the ones the men received.

As a female athlete myself, this angered me but I sadly was not surprised. Just being female athletes, we are already seen as less important than our male counterparts. We witness this favoritism firsthand. Obviously, in professional sports, there are reasons why male athletes are paid more than females, and while it may seem unfair and sexist, most of it is because the male athletes bring in more revenue with fans and because of  television contracts. But this is college basketball — not the NBA or WNBA.

The NCAA has long been part of the problem. That’s because the protections provided by Title IX to shield student-athletes from this unfair treatment do not apply to the NCAA. Over two decades ago, in NCAA vs. Smith, the Supreme Court unanimously held that the NCAA is not required to abide by Title IX’s rules because it is nonprofit comprising member colleges and universities, and while most of those institutions receive federal funding, the NCAA does not. The Supreme Court left open the possibility of an instance in which Title IX might apply to the NCAA, but a case has never come along in which a court has ruled as such. Title IX states, “provide male and female students with equal opportunities to play sports, give male and female athletes their fair shares of athletic scholarship dollars, and provide equal benefits and services (such as facilities, coaching, and publicity) to male and female athletes overall.” So, what can they do?

On the NCAA website, they state that they strive to establish “an environment that is free of gender bias.” But their words do not consistently translate to meaningful action, and the NCAA has exploited this legal loophole for years. Most glaringly, the NCAA has deemed women’s basketball consistently unworthy of its biggest financial prize: bonuses paid out to conferences for wins by their teams in the NCAA Tournament, which in turn, trickle down to the universities and colleges. From 1997 to 2018, the NCAA dished out over a billion dollars to the top five men’s conferences (the Big Ten, the Atlantic Coast Conference, the Big 12, the Southeastern Conference, and the Pac-12). By comparison, the NCAA has not contributed a penny for a single win in the women’s tournament since its inception in 1982.

For years, the NCAA appears to have been operating under the assumption that it can escape unscathed when it treats women’s basketball as less than. This cannot be tolerated any longer. If the NCAA cannot be held legally accountable, it must be held socially accountable. Leading the charge should be its member institutions, which owe their student-athletes a legal duty under Title IX.