The scene starts with uniformed children running into school, a Catholic school in the Italian and Irish part of the Bronx during the time of the Kennedy assassination. Like any other Catholic school at this time, nuns could be seen with black bonnets, priests were actively present with the parish and the school, and students made a ruckus — one in particular, John Patrick Shanley. 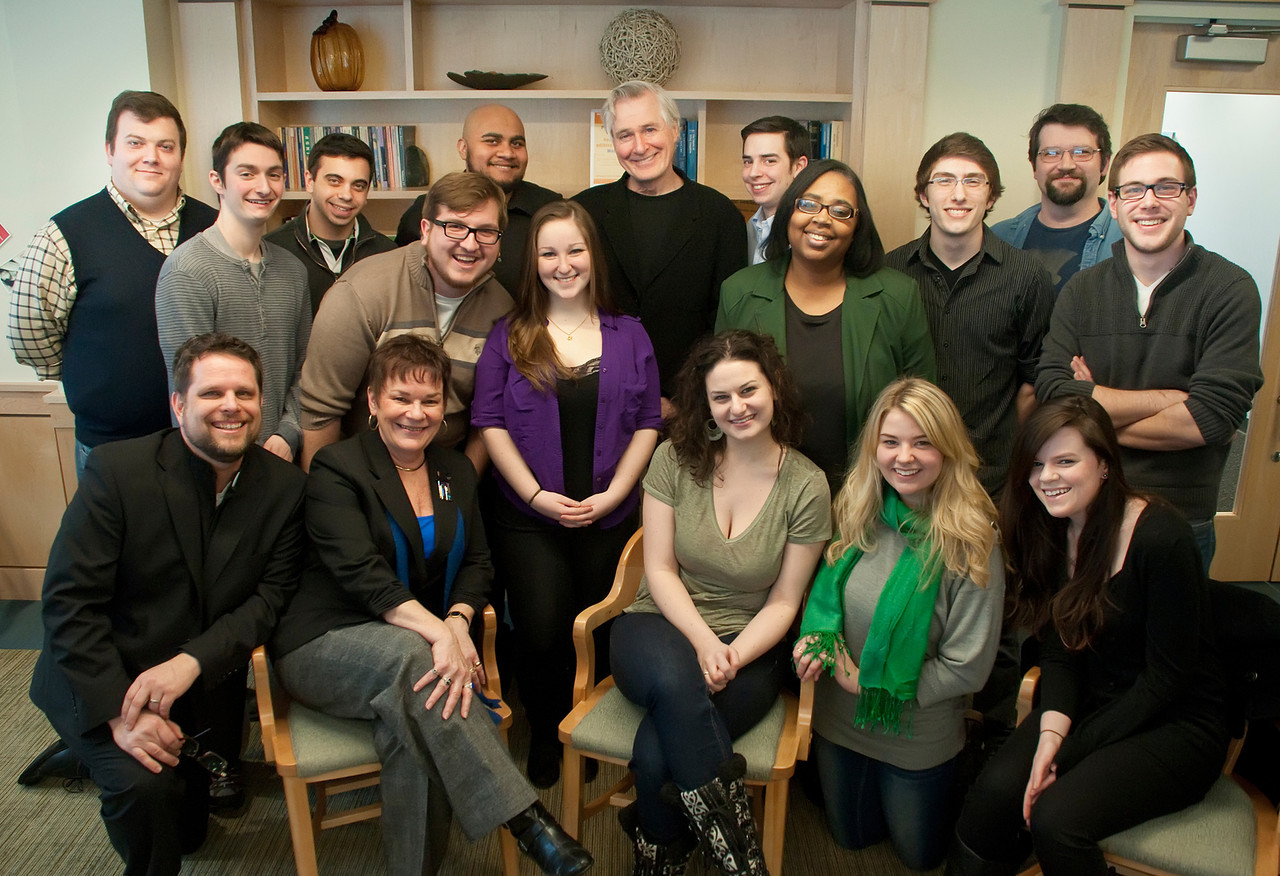 Some years later, Shanley used his knowledge of that very Catholic school in the Bronx and created a story that not only became widely successful on Broadway, but was later adapted for the silver screen.

“The nuns were based on nuns that I had, and the priest to some degree on a priest in that parish,” Shanley recalled.

The playwright attended a question and answer session with the Merrimack Onstagers, who presented Shanley’s Tony- and Pulitzer-winning “Doubt” at the Rogers Center Feb. 22 through 24. The main characters were portrayed by Kevin Welch as Father Flynn, Michaela Lonati as Sister Aloysius and Alexandrea Lynch as Sister James.

“Doubt” is Shanley’s parable, following the life of a priest, his questionable relationship with a student, and a nun’s effort to shed light on justice. Sister Aloysius, played by Meryl Streep in the 2008 film adaptation, attempts to prove Father Flynn (Phillip Seymour Hoffman) has been abusing a young student at St. Nicholas School. Sister James (Amy Adams) tries to help Sister Aloysius verify the priest’s wrongdoing; however, there is never concrete evidence proving him guilty.

Said Shanley: “The priest is seen through the eyes of the nuns in the film and on stage. You see the play from the nun’s point of view, which gives them an unfair advantage; there are two of them and there’s only the one priest and we never see inside his head.”

The story has sparked debates among viewers who try to determine Father Flynn’s fate.

After the question and answer session, Shanley participated in “Doubt, Certainty, and the Nature of Public Discourse in America,” a panel hosted by the director of the Merrimack performance, Father Richard Piatt. Joining Shanley and Father Rick were Father Ray Dlugos, professor Mark Allman of religious and theological studies, professor Christina Hardway of psychology and professor Marguerite Kane of political science. The panel discussed political issues, along with the play’s underlying plot of uncertainty. 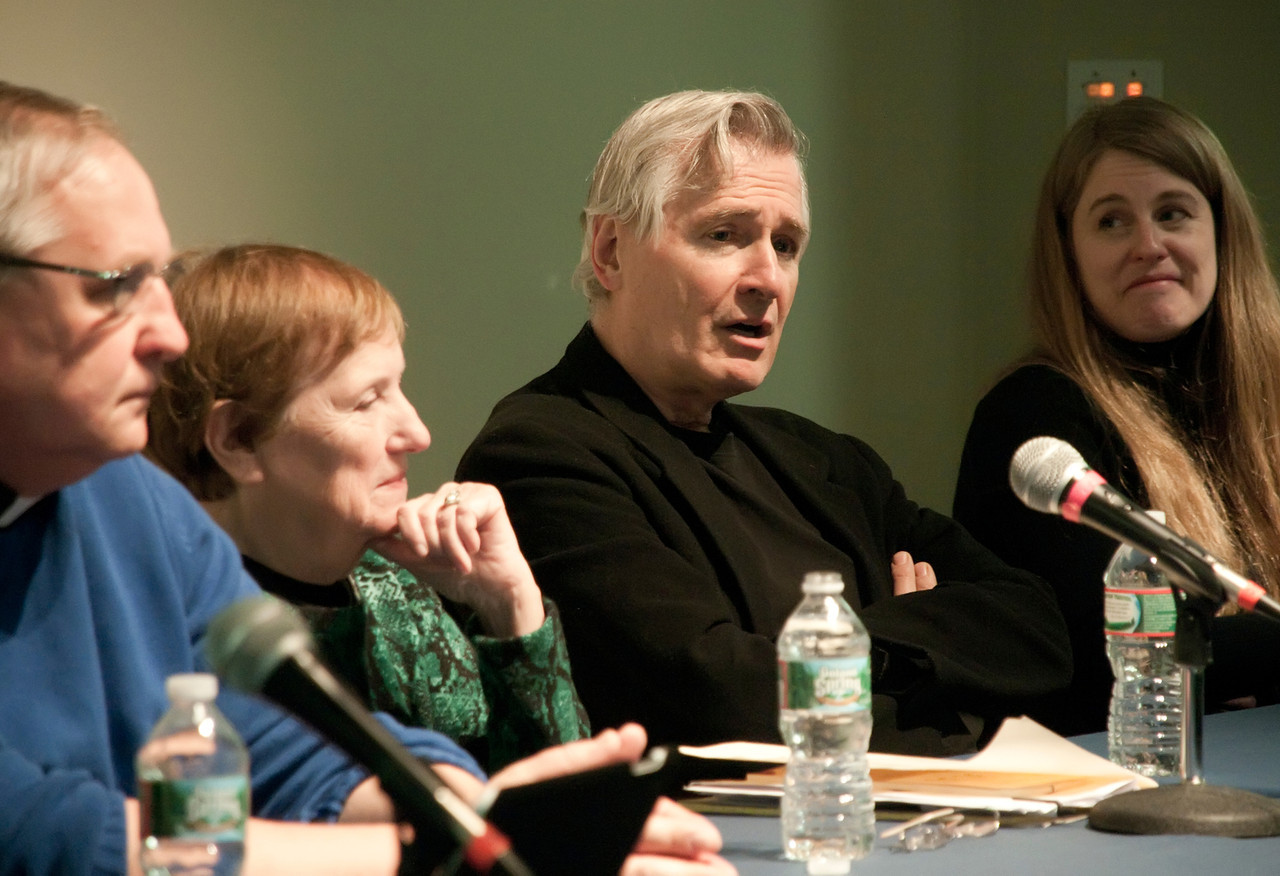 Shanley created a story that does not allow viewers to be satisfied. “Doubt” draws the audience in with its mystery: forcing one person to believe one thing, while another viewer may have different visions. Asked about truth and whether it is set free in the end, the playwright fired back, “What’s the truth? How do you know where the truth is in that story to be set free? The story does not set you free, it doesn’t let you have that pleasure.”

The uneasiness that spreads through the audience makes for discomfort; therefore, searching for an answer from Shanley could have put some of that discomfort behind the audience. However, the questions are not answered, and Shanley was not about to put any doubts about the outcome to rest. “That’s for you. That belongs to you.”