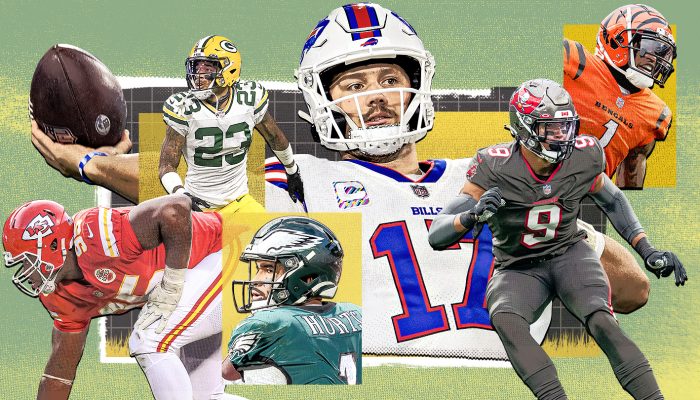 NFL Week 3 had its fair share of close matchups, some games being lower-scoring than others. Sunday Night Football was a slower game with a 1 point victory by Russell Wilson and the Denver Broncos. Dolphins bested the odds against Buffalo to outcome a 3 point defeat at home. The Brady and Rodgers game came down to a last minute play where Brady couldn’t convert a 2-point try with 14 seconds remaining. And lastly, the Jaguars shocked the league with an upset over the Chargers on the road. NFL fans love nail biters games, but some games were may to have been expected to have a more outlashed score difference. As we reach the end of September, which games in Week 4 should you be looking forward to? Placing the wager on? And anticipating a battle to the very end?

What Are The Odds?

The Jaguars were the surprise of the week, with a dominant 38-10 win over the Chargers on the road, Trevor Lawrence seems to have gotten in a groove with his receiving core, and the Defense only allowed 10 points with a somewhat loaded offense in LA. As with the Eagles, Jalen Hurts is playing his best game yet to say the least, 2nd in passing yards with 916 and 7 total touchdowns in 3 games. His number 1 target in DeVonta Smith was absolutely nuclear aganiast Washington in Week 3, with 168 receiving yards on only 6 receptions and a touchdown. Eagles look to have their heads in the game along with strong confidence, while the Jags look to prove themselves for the second week in a row. Doug Pederson is hoping to beat his former staff, but with Nick Sirianni and his new group of men under those headsets, I think Philly is rightfully favored to win this game. Back to back road victories are tough to pull off, Eagles take down Jacksonville, and move to 4-0 to end the month of September.

Mahomes and Brady have had some great matchups over the last 5 seasons with playoff battles, Super Bowl defeats, and regular season showdowns. Everytime these two meet, you know you’re in for a treat. Kansas City had a tough road defeat against the Colts, where they fell short by just 4 points in Lucas Oil Stadium. You could argue that both Kansas City and Tampa are the most complete teams in their respective conferences. Two teams that can prove themselves capable of a winning season, plus be expected enough to have a deep playoff run. But This game can truly go either way for two soul purposes. For one being Mahomes having a 26-7 record when playing on the road, but what really stands out is Brady’s record after a loss. The long time veteran is 243-75 after losing a game in the previous week. With all this hype, it’s a game you will definitely be entertained from beginning to end.

Buffalo has been Super Bowl favorites all offseason, as they rightfully should, as it seems they will get better every week. Even with a tough road defeat to their AFC East opponents in the Miami Dolphins, that doesn’t differentiate the dominance this team is expected to reach. As for Baltimore, they have had their shows of being just as threatening in the AFC as the rest. Lamar Jackson had a day against the Patriots, with 5 total touchdowns with 218 yards passing and 107 rushing to go along with his performance. Two young studs in Josh Allen and Lamar Jackosn, is a great matchup that should lead all expectations. Even with Buffalo favored, the Ravens are not a team you want to play on the road. Baltimore has a 55-26 home record in the last decade, which can be very fearsome to wrap your head around when traveling into M&T Bank Stadium. This game should come down to the wire, and it won’t be a game you want to miss.