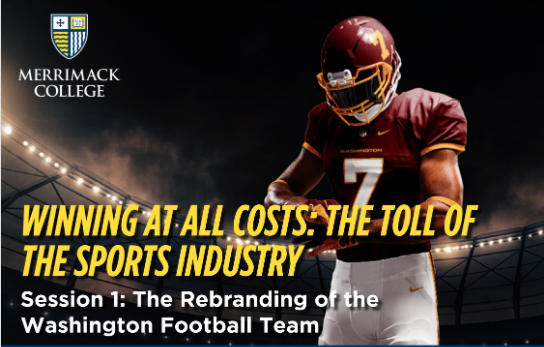 The “Sports Talk Series,” co-hosted by the O’Brien Center for Career Development, starts on September 30 with a focus on the rebranding of the Washington Football Team.

The Washington Football team recently announced a name change after 87 years as the Washington Redskins. The Redskins’ name has long been considered controversial and offensive to Native Americans. Although the principal owner of the team, Dan Snyder, once said the name would never be changed, after pressure from sponsors and amid ongoing protests for racial justice in the U.S., the franchise reversed course.

Two additional sessions of the “Sports Talk Series” will also focus on issues of diversity, equity, and inclusion in the sports industry. The specific topics and dates have yet to be announced.

The event takes place through Zoom and starts at 7:30 pm. Students must register on Handshake before the event.