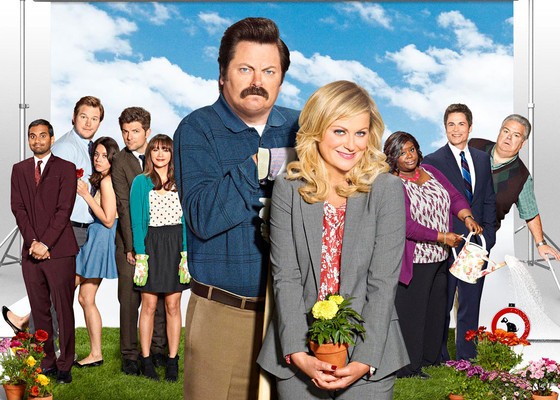 Last issue, I talked about the Netflix palette cleanser, Don’t Trust the B in Apartment 23. This week I’m going to recommend you another one. Thankfully, this show was not cut short, and all seven wonderful seasons are available to watch on Netflix.

Parks and Recreation stars the inimitable Amy Poehler as Leslie Knope, a dedicated employee of the Parks Department in Pawnee, Indiana. When a concerned citizen (Rashida Jones as Ann Perkins) complains about the dangers of the pit in Lot 48, Leslie takes it upon herself to turn it into a park. It’s an endeavor that lasts six seasons, and even though Leslie is a one-woman army, she couldn’t accomplish it alone. She has help from intern April (Aubrey Plaza), stoic Ron (Nick Offerman), the fabulous Donna (Retta), future entrepreneur Tom (Aziz Ansari) and the incompetent Jerry (Jim O’Heir). Together they work to make their city a better place.

This is the show that gave us Galentine’s Day (it’s the day before Valentine’s Day and celebrates female friendships) and “treat yo self.” It gave us a thousand relatable quotes and introduced us to the magical mini horse Lil’ Sebastian. Along the way, we also meet health nut Chris Traeger (Rob Lowe) and super nerd Ben Wyatt (Adam Scott), and they become part of the family. Chris Pratt also stars as Andy Dwyer, Ann’s boyfriend who falls into the pit and breaks both of his legs.

The Pawnee Parks Department is more than a government office; it’s a loving family, and we are the ones lucky enough to watch their journey for seven hilarious and heartwarming seasons.

Fun Fact: Jay Jackson, Pawnee newscaster Perd Hapley, is actually a retired broadcast journalist. When he was contacted about a role on a TV show, he said he only wanted to play newscasters. He’s played a news broadcaster on “Dexter,” “Scandal,” “Revenge,” “The Closer,” “The Mentalist,” and Body of Proof, as well as the movies Battleship and Fast Five.