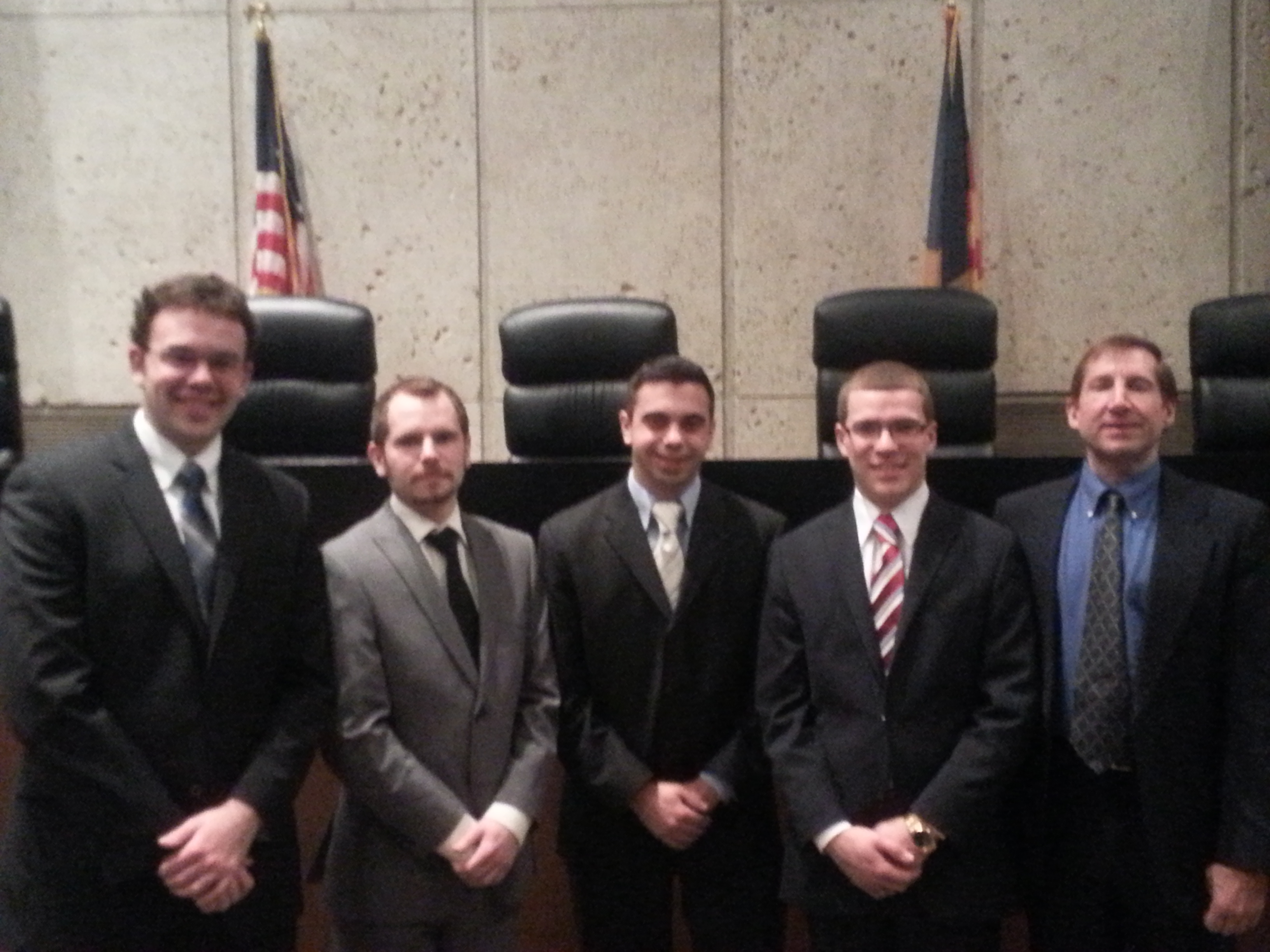 “Huh? What’s Moot Court?” said the majority of the Merrimack College population when asked if they had ever heard of it. So…what is it you ask? Moot Court entails a simulation of a courtroom scenario. Each college is split up into teams of two where the individual duos are presented with a legal dispute and “clients” they are to represent. The oral arguments that they prepare are presented at the first regional competition, held every November at Fitchburg State University. Actual judges and attorneys from surrounding towns determine the cases and keep score during the competitions.

Merrimack Senior, Kevin Robinson has had an eventful, resume-building year thanks to Moot Court. Kevin is a Mass Communication and Political Science double major who recently became a member of the Moot Court organization. Professor Robert Chwaliszewski, who founded the organization at Merrimack seven years ago, recruited Kevin last year.

This year was a particularly special year for Merrimack’s Moot Court organization. The dynamic duo of Kevin Robinson and Nick Santosuosso placed sixth out of 64 teams at regionals in Fitchburg. Kevin was awarded the “Top Orator” trophy and received praise from attorneys and judges alike whom attended the competition. Merrimack’s Patrick Gillespie and Bobby Disorbo also earned their keep by coming in thirteenth place with the opportunity to advance. These titles earned the pairs a ticket to Nationals to be held in Arizona at the beginning of January 2014. Their trip was funded by Merrimack and coached by Professor Chwaliszewski.

So, why Moot Court? “It seriously helps develop skills you’ll need for law school and elsewhere in your professional career” said Kevin. The skills acquired from this organization have put Kevin and his teammates ahead of the game. They have had the opportunity to meet various judges and local attorneys that have come from some of the best law schools and firms in the area. Though, Moot Court has no specific major requirements to join. All new members are welcomed and encouraged by the students and professor. You can register for Moot Court as a two credit course or join as an extra curricular.

Each student who participates has the opportunity to expand their professional network while also travelling to new places around the country. The students rigorous efforts to rightfully prepare for each case has proved to teach work ethic and success. Moot Court has presented Merrimack students with a rewarding experience that helps to build resumes while also learning from an elite array of professionals. Kevin Robinson is extremely thankful for this opportunity, stating: “I learned discipline and dedication in a competitive setting which was crucial in preparing me for life after graduation.”