Merrimack Surpasses Fundraising Goal with ‘Together for Good’ Campaign 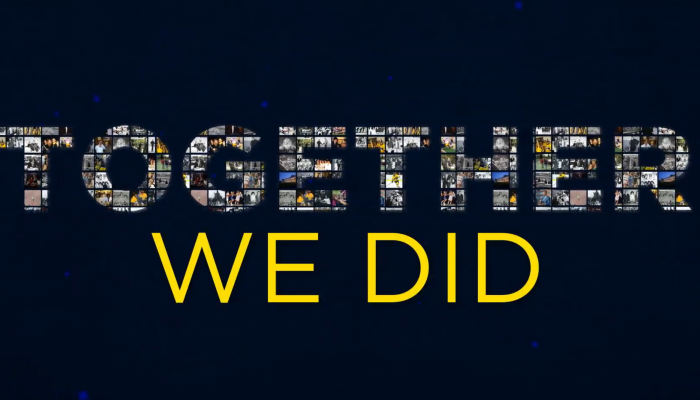 Merrimack College celebrated raising $63 million in its Together for Good fundraising campaign at a night of celebration on September 12. The Together for Good campaign was launched in 2016 and sought to raise $50 million. 63 donors made a campaign gift of $100,000 or more, and 7,000 people donated to the college for the first time.

These funds will be used for new construction projects on campus, such as a new building for science and engineering, buying more lab equipment, student success programs in the McQuade Library, and providing scholarships to students, among many other endeavours.

Some of the funds raised through the Together for Good campaign will be life-changing for students, especially the Pioneer Scholars. The Pioneer Scholars Program provides the top ten students from Abbott Lawrence Academy in Lawrence a full scholarship to attend Merrimack and earn a degree in their choice of study.

“We think this is important to support diversity,” Merrimack College President Christopher Hopey said.  “It’s also a commitment to support the city of Lawrence. Merrimack was started by the Augustinians and the Augustians have had a deep relationship with the city of Lawrence…and this is just one more activity to show our commitment to that community.”

Merrimack has already done a number of incredible things as part of Together for Good campaign. 40 new undergraduate and graduate programs have been established within the college, the new nursing building is under construction, renovations have been done on many academic buildings and living spaces, research funding for faculty and students has expanded, and 160 new faculty members have been welcomed to campus.

“The Campaign’s success epitomizes the positive impact that can be made when we work together to advance Merrimack College’s goals,” the college stated in its recent “Impact in Action” report. “Embodying the Catholic Augustinian values of the Merrimack community, unprecedented numbers of alumni and friends stepped forward to give back and help position Merrimack’s promising future.This campaign encompasses all of Merrimack’s values within the Augustinian community.”

Although the goal of raising $50 million dollars was surpassed, Merrimack is still changing and evolving as a higher education institution and will continue to fundraise.

“Merrimack is a great institution and it deserves to be at the top,” explains Hopey. “My job as president is to make sure that your degree is worth a lot more in 10 to 15 years.”

Merrimack continues to climb in several college rankings. It is considered one of the nation’s most transformative colleges, one of the most innovative schools, and one of the top-50 best schools in the northeast, according to various news rankings.

Given Hopey’s passion for higher education and Merrimack, this is likely just the beginning of continued growth and transformation for the college.