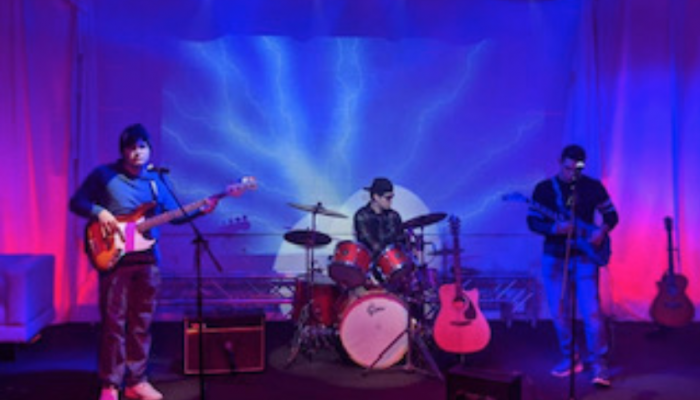 My band Adrenaline released their debut album on March 24. It has the grooviest tunes from top to bottom, totaling 12 songs. The leadoff track “Everybody” is an instant party song that is bound to get you wanting to go to one. Its bouncy riff and exciting lyrics are perfect for a gathering playlist. If you were to look it up on Apple Music, it would have a star next to it, which means it’s one of the most popular songs on the album.

“I’m excited to see where he goes with it,” said radio host Jon Kamal. “If you haven’t heard of these guys, this is a young band, like freshmen in college. He’s been writing his own music and producing it himself. These guys are figuring it out.”

“Rich Girl’ and “Self Control” have been played live before by the band, and will continue to be played live at more gigs as they come up. Those songs made their live debut on December 29th, 2020 at Studio 8 in Milford, CT.  As of right now we have two shows lined up for the summer, one in May and one in August. They are both at the Trumbull Farmers Market in Trumbull, CT.

Other notable tracks include “Why Me,” “Let it Loose,” “Perfume,” “Where I’m Supposed to Be,” and “Gotta Make it Outta Here.” There’s really not a bad song on the album. They’re guaranteed to get stuck in your head. The album can be found on Apple Music, Spotify, Amazon Music and Youtube. Listen to it here: https://open.spotify.com/album/45hNOvCejjmr9sUxXYIZ5T?si=h2raboO3T9GLYafg7xYICA