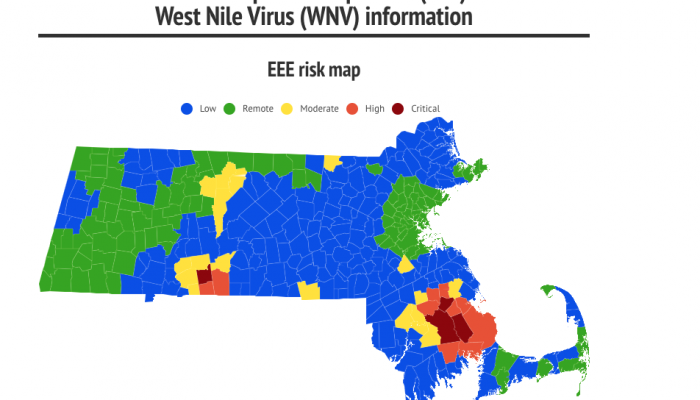 On Wednesday, September 16, Merrimack College sprayed for mosquitos to reduce their population and keep the campus community safe. The spraying began at the Monican gate and continued through the St. Thomas and St. Ann Apartments, the areas around Martone-Mejail Field and Duane Stadium, and then around the perimeter of the rest of the campus. The spraying process at Merrimack is the same being applied elsewhere in the region because it is considered safe and effective.

The College urges the community to still take steps to avoid being bitten by mosquitoes. Although the spraying is highly effective, it is important to wear bug spray as well as long shirts and pants, especially at dusk, and to keep window screens intact.

The state recently reported a fifth case of EEE, or Eastern Equine Encephalitis, this season. There are also seven total cases of West Nile Virus this year in Massachusetts. Fortunately, Andover and North Andover are considered generally low risk areas compared to other parts of the state.