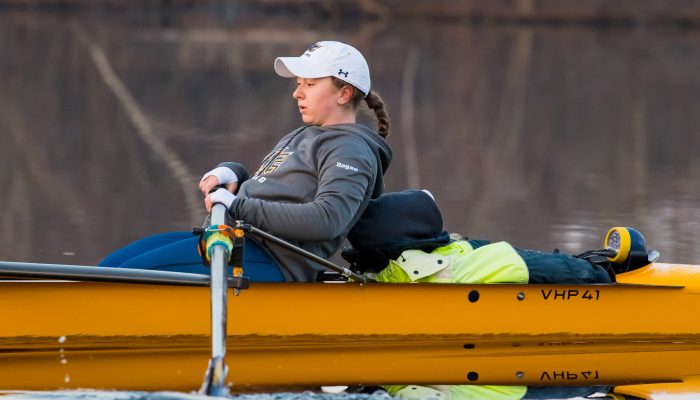 While many college students will be partying during spring break, the Merrimack Women’s Rowing team will be getting ready for the season. They will travel to Clemson, South Carolina, for their annual spring training camp.

“When we go to Clemson every year, we go in and we want to gain technique, and new skills in the sport of rowing,” Audrey Regan said, who is the captain of the team. “The trip comes down to eat, sleep, row every day. We always gain trust, and this team dynamic that you get from going away and traveling for a week with your teammates.”

This will be Regan’s third trip to South Carolina for training. Despite only being junior at Merrimack College, Regan has earned the title of captain by gaining a spot in the Varsity boat during her freshman and sophomore years. At the end of last season, she was also named as the team’s MVP.

“After Clemson, the team changes for the better and everybody gets much closer. So in addition to the skills we gain in this sport at practice every day, we also become a much more cohesive unit,” Regan adds.

Working as a team, rather than a group of individuals, is a key component to having success in such a team-dependent sport. This is what makes rowing such a unique sport.

A lot of the team’s success depends on leadership, as many of the rowers are underclassmen. As captain, Regan’s philosophy is to lead by example, by giving her maximum effort and commitment, day in and day out, and by showing instead of telling.

“I just try to push all the girls on my team and recognize everyone, but also do as I’m saying,” Regan said.

To see the Women’s Rowing team make their Division I debut, come out to Boston on Saturday, April 4, as they take on Simmons College. They will follow up the race with three weekends in  New Jersey and Pennsylvania, where they will compete in the Knecht Cup, the Kerr Cup, and the historic Dad Vail Regatta.