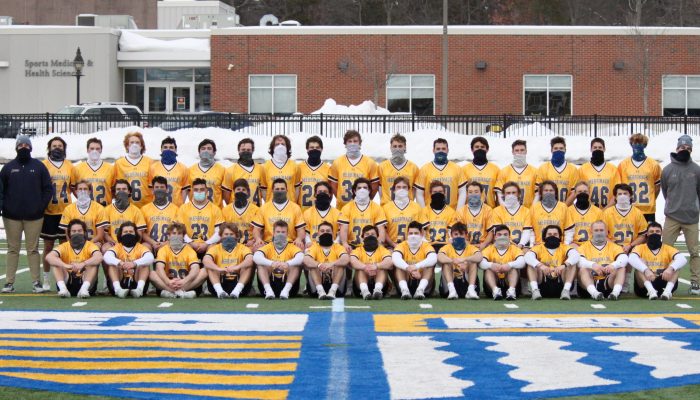 The Merrimack College Men’s Lacrosse team had an overall record of 2-4 as of last Saturday, April 3. The Warriors faced the LIU Sharks at home that day and were able to pull out a successful and much desired win of 14-10. Now, as the team is picking up speed the Warriors stand at 3-4.

The win can be strongly attributed to the team’s co-captain number 39, Christian Thomas as he dominated the offense with a total of six goals. In addition, the team finds itself with a set of brothers this year, Jack and Tommy Rooney, who both stacked up points for the Warriors. The team also had goals scored by Grant Laman, Max Morrill, and Drew Hailey.

The team is traveling to Maryland this weekend, where they will find themselves taking on Mount St. Marys at 1:00 .p.m. We wish our Warriors the best of luck this upcoming game and hope the team can bring home another win.