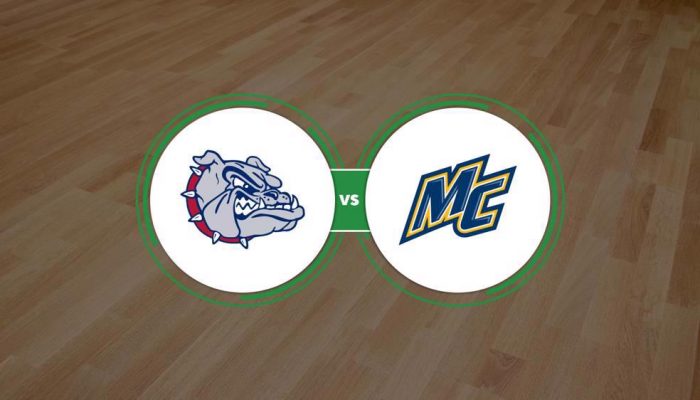 This Thursday the Merrimack Men’s basketball team will be facing off against the #5 ranked team in the nation, the Gonzaga Bulldogs. Since becoming a division one program, this is going to be the highest ranked team that any Merrimack athletic team will be going up against. This will give the basketball team a sense of what a big time basketball program like Gonzaga looks like on and off the court. The Warriors flew out of Boston on Wednesday to Denver with a connecting flight from Denver to Spokane, totaling 7 ½  hours. Hopefully the team isn’t going to be jet lagged when it comes to game time and facing the powerful Zags starting five.

The Bulldogs are primed and ready for another run at a national championship with the new recruit of 7 footer Chet Holgrem. He has already been projected as the number one pick in this upcoming NBA draft. While star forward Drew Timme builds his draft stock in his junior year. The Warriors will not go down without a fight with their stifling 2-3 zone defense, they look to make things complicated for this high potent offense that the Bulldogs have. At the end of the day this is going to be an incredible experience for the whole team, a memory that will last a lifetime for these players.

The game is set to tip-off at 9 p.m. eastern time and can be viewed on watchstadium.com or listen to on Sirius-84, XM-84.