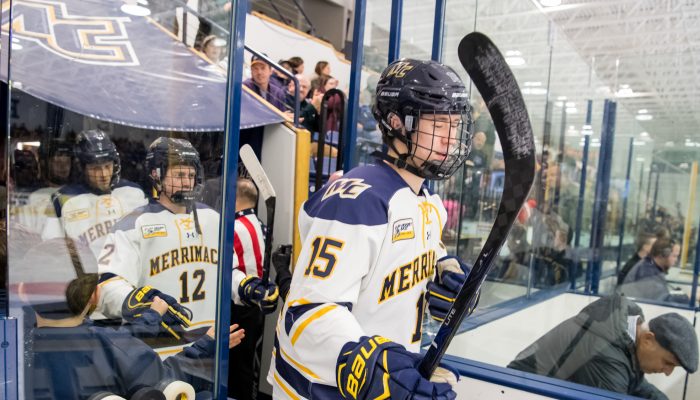 Hockey season just ended, but the transfer portal signings are just getting started. Merrimack is right in the mix, already acquiring five new faces for the 2022-23 season. These players put up impressive numbers with their previous teams last season and are looking to find success with the Warriors.

Starting off with RIT transfer Will Calverly, he was the sixth best player in the portal before committing to Merrimack. He put up 27 points with 15 goals and 12 assists as a member of the Tigers in the 2021-22 season.

Graduate student Slava Devin will be joining the Warriors in the winter after his previous stint with the National Champions University of Denver. He was drafted by the Golden Knights and later traded to the Blackhawks. He will be one of the players that incoming Merrimack players will look to to provide that senior leadership.

The transfer that will perhaps have the most impact on Merrimack is the highest scoring player in the portal, Ottoville Leppanen. He had 30 points with RPI, scoring nine goals and tallying 21 assists.

Another standout player Tristan Crozier joins the squad from Brown University. This past season he had 15 points, with six goals and nine assists.

Finally, Ryan Leibold, former captain for Holy Cross, will be coming up to North Andover from Worcester. He put up 10 goals and 16 assists in 35 games. He is compared to former Warrior captain and now Worcester Railer forward Max Newton.

It’s safe to say that Merrimack Men’s Hockey is having a productive offseason. Three of these new players were on the top 10 transfer list. Welcome to North Andover, Will, Slava, Ottoville, Tristan, and Ryan!