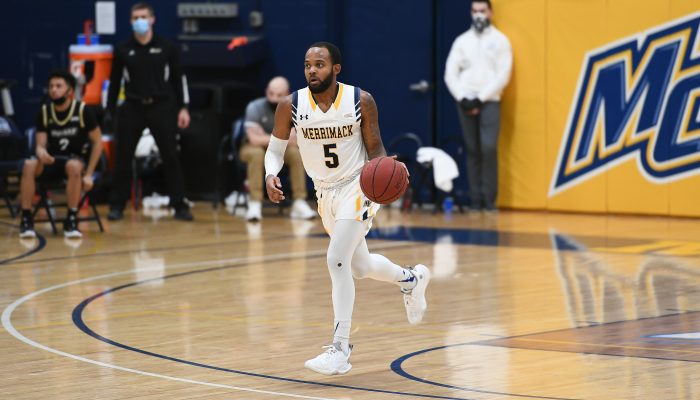 Yesterday, the Merrimack men’s basketball team hosted the Emerson Lions for their season opener. Merrimack easily took down the Lions, winning 77-48. It was clear early on in the game that Merrimack was in control, only giving up two points in the first ten minutes of the game.

Leading the way was Merrimack’s Jordan Minor, scoring 21 points in only 22 minutes of game time. He also added on some rim protection, blocking six shots. Mykel Derring also greatly contributed, putting up 19 points, with 15 of those coming off of the five three pointers that he hit.

The Warriors played pretty great defense, causing 28 turnovers throughout the game to go along with the 12 total blocks that they had. The Warriors will look to improve to 2-0 when they go to Newark, New Jersey to play the New Jersey Institute of Technology Highlanders this Thursday. They’ll continue their away stretch playing Rutgers and Army, before coming back to Merrimack to take on Lehigh Friday November 19 to play for the first time in Lawler Arena.