Merrimack Hoops Preparing for Life on and off the Court 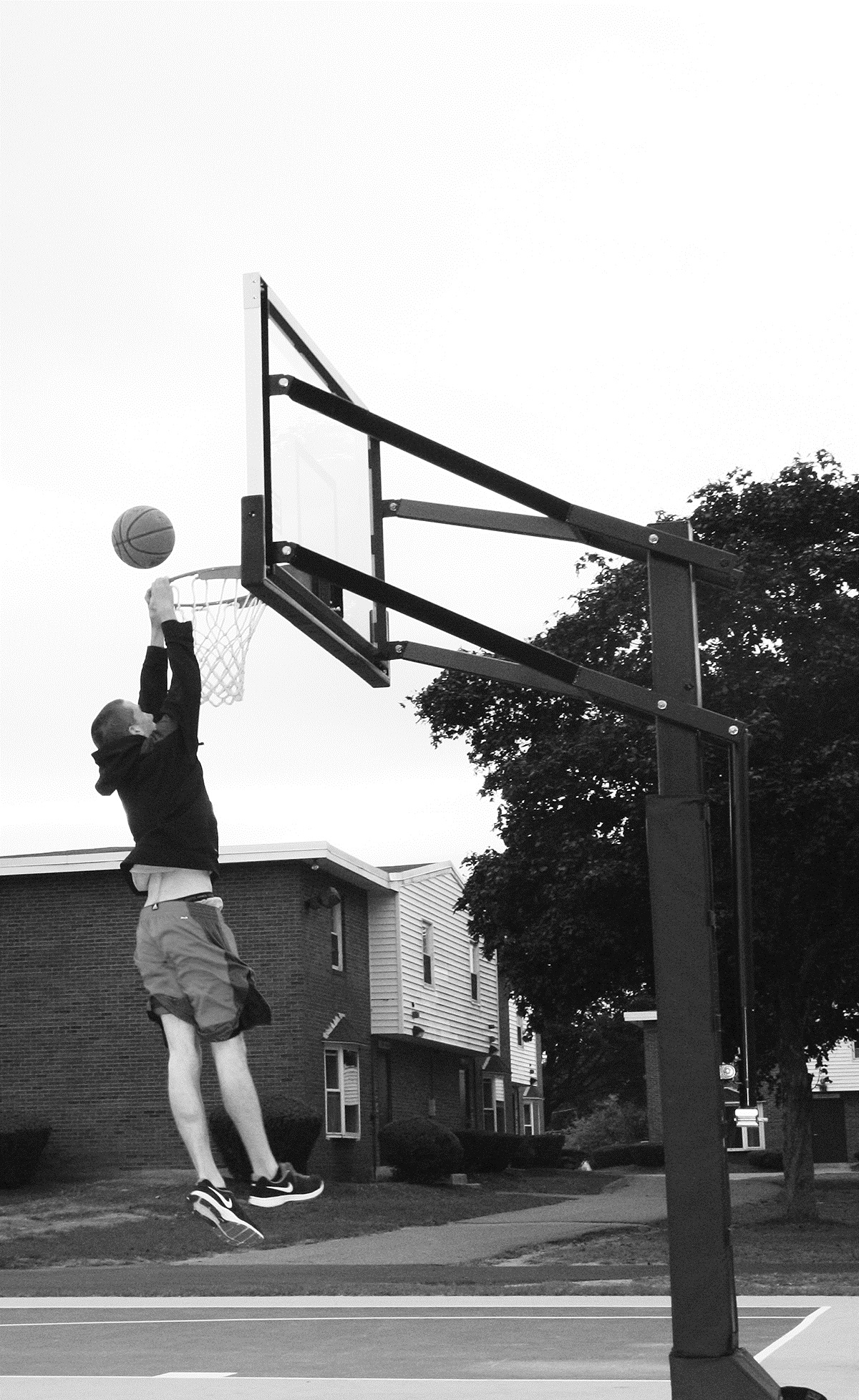 Sneakers are squeaking, balls are bouncing, and hoops are swishing with that all too familiar sound that is music to the ears of winter warriors: basketball season is nearly upon us.

Preseason has started for both the men’s and women’s basketball teams and they have all been getting after it. Whether at 6am lifts, their individual workouts, or team pick up games, each team is putting in the work to become better student-athletes.

The women’s team has lofty expectations this season, but feels like those goals are achievable. Sophomore point guard Tia Scott, whose main role on the court is to direct traffic and call plays as the floor general, is expecting a Northeast-10 Conference championship. Ashley Weissmann, a sophomore combo guard is aiming for the team’s first birth in the NCAA tournament in several years. Playing what she self-describes as a “psychotic” defender on the court, she hopes her high-energy role in the back court allows her to be a true leader as much as possible. With new additions to the team this year, great things seem to be in store for the season as well.

“I feel like they’ll make a huge impact on the season,” Scott said. “They are already showing great strides. I’m expecting great things from them.”

Weissman, too, is confident.

“They’ll definitely make an impact this year,” Weissmann emphatically agreed. “We have more depth on the bench. I feel like they’ll push the veterans to be better. I also want to show the rookies what Merrimack basketball is all about!”

For third-year coach Monique LeBlanc, the early focus will be on meshing her veterans and newcomers together, as she is expecting a quicker transition from both groups. A new NE-10 championship banner is in her sights as well.
“We are striving for excellence, every day we do it,” LeBlanc said. “I want to leave every practice and every game getting better.”

On the men’s side of things, the team is working in overdrive to get their season started. Both players and coaches are putting in the hours towards all aspects of their preseason regiment.

Sophomore shooting guard Ryan Woumn is feels good about this preseason, citing pick-up games and practices as indicators that the team is coming together. Despite the early date on the calendar, Woumn is setting his sights on the future.

“I want us to get a championship this year,” the two guard said. “Everyone is back, we got new players…we should be alright.”

Woumn’s role is more of a scorer’s role in the back court, providing good defense on the other side of the ball. Another sophomore, guard Travonne Berry-Rogers, is also looking forward to this year. Team wise, he is expecting an improvement in talent and output on the court from last season. His toughness and defensive presence on the court are what drive his minutes.

“We put a lot of work in,” Berry-Rogers said. “For our new guys, I want them to learn the system and buy into it. You never come in knowing everything. I hope they’re willing to learn.”

Coach Bert Hammel has quite a few expectations for the team as well.

“I want them to be as successful as they possibly can be,” Hammel said. “Work hard on and off the court and be part of the Merrimack community. Winning will take care of itself.”

Hammel encourages his team to challenge each other to become great players and student-athletes. As a whole, Hammel wants them to improve day-in and day-out.

“The reward is an NE-10 Championship. We want to win regionals, and I want them to be the best student-athletes they can be. Essentially, we are preparing them for life.”