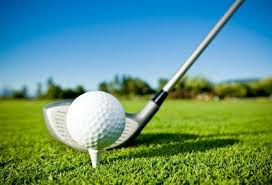 Merrimack is a school that is predominately based off of athletics. In fact about 25% of the students here are on some sort of athletics team. Other than varsity athletics Merrimack offers club sports that give students the opportunity to play a sport if they are not on a varsity squad. Merrimack offers 12 different club sports programs including men’s and women’s hockey, ultimate Frisbee, and the newest edition golf.

It started with two students with an idea for a new club sport. Sean Kelly and Brendan Martin spoke with club sports director Alex Gallant about bringing this sport to life. They were funded with $1,000 to launch their idea for the program. The students spread the word all over campus about the new idea looking for former golfers and people who just loved to golf.

At the time the club started it was just for playing for the fun of it but then quickly became something that the students involved started to take a little more seriously. They then started to compete against other schools club golf teams. The club golf team then competed in a tournament last spring semester. Since competing in the tournament club golf has seen continued growth to the program.

This season, the team was able to hold a tryout. The tryout took place at the Hill View Country Club,

“About 30 kids tried out, and I think only about 14 ended up making it” Kelly stated. Sean Kelly also added that there was a benefit to everyone that took place in the teams tryout, “Everybody who tried out got a Next Gen college golf pass. It gives you deals all over the country at numerous courses.”

The Merrimack Club Golf team has continued to grow this year and continues to receive good feedback from the school. When asked about the amount of money funded for this upcoming season Sean replied, “This year we’re starting at $1,500 and if we need more we can negotiate with the Director of Club Sports.”

The team is off to a great start and just recently participated in a tournament at Providence College which they were invited to. They are now a member of the NGCA (National Collegiate Club Golf Association) and are in the Northern New England Region. There are 12 teams in this region and Merrimack participated in the tournament and placed 7th. As you can see the Merrimack College club golf team has enjoyed instant success since it’s beginning last season. You can get more information about the club golf team through Alex Gallant, the director of club sports at Merrimack College.