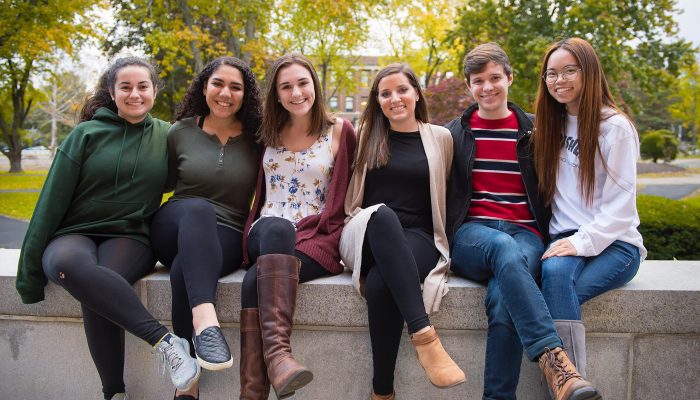 A new student organization emerged in response to the growing diversity on campus. The organization, Merrimack Cultural Diversity Alliance (MCDA), strives to promote inclusion, acceptance and a growth of knowledge towards the many cultures here at school.

Formally called ALANA (African, Latino, Asian, Native American), the club decided to rename and rebrand at the beginning of the fall semester. MCDA became the new club name in order to hold a more inclusive name and show that members are not limited to these specific cultural backgrounds.

“Being part of MCDA is important to me because I value diversity and I think that our campus would benefit greatly from having more cultural awareness. It’s a great way for us to get together and have some fun, while also educating ourselves about the world around us,” said Co-President, Audrey Ramirez.

“As someone part of minority group, I feel that it’s especially important to continuously promote the celebration of cultural differences and embrace the similarities we all share,” said Social Media and Communication Manager Lindsey Berke. “No one can force an individual to accept another person’s culture, but it’s important to at least respect, learn from and teach each other about cultures and roots.”

MCDA recently held their first event of the year, which they considered to be a success. Their “Comida y Baile” (food and dance) event was in celebration of Hispanic Heritage Month, and was held inside Cascia Hall. With more than 30 people in attendance, the night was complete with hispanic food, dancing, crafts and music provided by WMCK.

MCDA hosts fun events on campus each semester based on various cultural celebrations. Some of these events include Indigenous Peoples’ Day, Hispanic Heritage Month, Mooncake Festival, Day of the Dead, Chinese New Year, and Merrimack’s Got Talent. Through such events, students are able to explore other cultures and share with the community their own cultural beliefs and celebrations. The organization’s Vice President, Isabela Moreno, explained, “Coming from a town where diversity is extremely high, I experienced culture shock coming to a campus where the majority of the population is of the same race. Being a part of MCDA has allowed me to share my culture with the people of Merrimack.”

“Our main purpose as a club is to acknowledge and gain an understanding of various cultures and the aspects within those cultures that make each one unique. Our club aims to encourage conversations about diversity in order to promote acceptance and, ultimately, learn from one another,” said Lauren Buttiglieri, the organization’s secretary.

“Since joining MCDA (then ALANA) a few years back, I have learned so much about other cultures. I am excited to see MCDA continue to grow on Merrimack’s campus and truly hope that more students learn to value the importance of celebrating diversity,” said MCDA’s Treasurer, Rosie Rapoza.

Dr. Jake Turner, an Associate Professor in the Department of Communication and Media, became the club’s new faculty advisor.