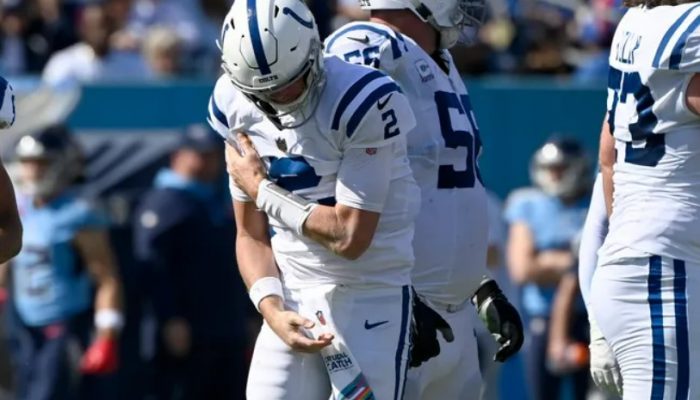 The Indianapolis Colts are making a major move at quarterback. After trading draft capital to acquire Matt Ryan this offseason, they are now benching the former MVP for second-year quarterback Sam Ehlinger, per Ian Rapoport.

The injury is not the only reason Ryan will be sidelined, he is legitimately getting benched for Ehlinger.

The offensive line for the Colts has been a liability this season, and Matt Ryan is simply not able to play well in this situation. It sounds like Ryan’s benching is not all due to him playing, as according to ESPN reporter Stephen Holder, Reich said the following, “I told this to Matt: We did not hold up to our end of the bargain… We have not delivered.” Even when Ryan becomes healthy, it sounds like Ehlinger is going to be the man for the rest of the season. Ryan currently has $12M fully guaranteed next year, along with $17.2M guaranteed for injury, which becomes fully guaranteed on the third day of the 2023 league year.

The Colts will have to make a decision on Matt Ryan’s future with the team very quickly, and which quarterback they will target in the offseason if they do part ways with Ryan.