Home > Entertainment > Looking Back at “Breaking Bad”: One Empire Falls, Another Forms Around Us?

Looking Back at “Breaking Bad”: One Empire Falls, Another Forms Around Us? 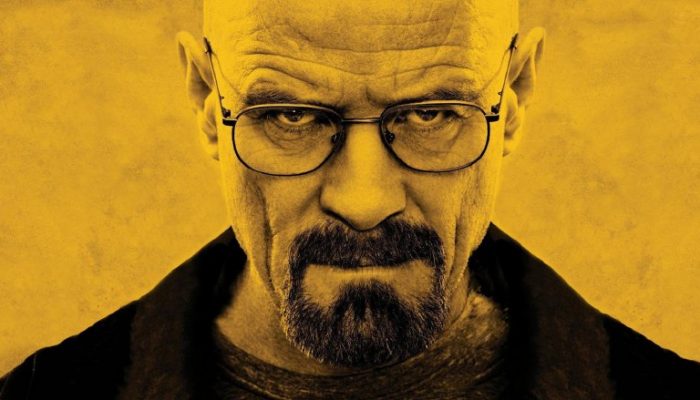 When you think of the greatest modern TV shows ever to be aired,  Breaking Bad makes its way to the top almost instantly. Walter White is first introduced as your ordinary high school Chemistry teacher, average father, and husband. We then meet your average drugie or burnout in Jesse Pinkman. Before you know it, the two are connected through their one common interest: cooking methamphetamine. Their relationship quickly transforms from teacher and student to business partners. While their strained relationship continuously fluctuates, their care for each other remains constant.

Obviously, the show gets deeper into Walt and Jesse’s desire to make money and cook the best meth one can wish for. From Tuco Salamanca to Gus Fring, the two have had their fair share of dealing with crazy drug dealing psychopaths. But slowly we see Walter or should I say, Heisenberg, become more power-hungry and greedy to make as much money as possible. Heisenberg becomes the terrifying alter-ego that doesn’t give a damn about the people he will have to harm or kill.

The episode titled “Ozymandias”is one that will make you need to catch a breath and think about what the hell just happened. The episode opens with a calming flashback of when Jesse and Walt first started cooking in the desert together. It was a nice little trip down memory lane as the last episode concluded with a crazy gunfight between Todd’s uncle’s crew and Hank with Gomey. So when the “Ozymandias” opens with the flashback you can’t help but be a little confused. This is until you realize the scene takes place in the exact area of the shootout.  Walt did his classic lie to Skylar about having to stay at the carwash even though he’s cooking meth with Jesse. This scene was calm before the storm because quickly it cues back to the shootout, showing Hank badly wounded behind his cruiser. Being the Walter White fan I am, this made me feel bad for Hank because I knew his time was coming to an end. Walt pleaded with Todd’s uncle to spare Hank because he’s family, but Hank being the badass he says “go fuck yourself” which leads to his abrupt death.

The episode is a rollercoaster of emotions, Walt just witnessed his brother-in-law’s death and most of his money is now in the hands of Jack’s crew. Walt’s 80 million he had buried is now in possession of the crew and he only has one barrel full of cash. It then shifts to Marie coming into Skylar’s car wash because she needs to inform her Walt has been arrested by Hank so she thinks at least. As the viewer, you can’t help but feel uneasy because we know her husband was just killed and that Walt is back to being a free man. Marie convinces Skylar to finally tell Walter Jr the full truth about his father being a “sadistic drug dealer”. To no surprise, Walter Jr loses his shit and blames his mother for holding in such a dark secret from him. The two head home in an awkward car ride when they arrive home they see Walt’s newest purchase sitting in the driveway. A frantic Walt tries to rally everyone to gather their important belongings, so they can get the hell out of town to start a new life. Skylar takes it upon herself to defend the family from Walt and attacks him with a kitchen knife, which results in Walter Jr calling the police on his father.

This brings Walt to escape the family home but also decides to take his daughter Holly away with him. Walt’s motive was to take her and set out to somewhere he can start a new life but he quickly realizes that bringing his infant daughter isn’t the best idea. Skylar gets the police involved in hopes of retrieving her daughter back, Walt calls his estranged wife and basically puts his Heisenberg alter-ego back on. He does this so when the police trace and listen to the conversation to help the case that Skylar wasn’t a part of her husband’s criminal acts. After the phone call, Walt decides it’s best to leave his daughter at the local firehouse so he can escape his life once and for all.

The episode concludes with a crying Holly in the fire truck when one of the firefighters finds her sitting in the front seat. Walt awaits the infamous red van so he can leave and find his new identity. The 45-minute episode gave us the audience so much to think about in such a short amount of time. Hank is dead, Gomey is dead, Walt’s money is in the hands of Todd’s uncle and Walter is no longer in power and escapes for a new life. The title references a poem by Percy Shelley, “about the downfall of kings-how all people in power will eventually lose that power”.

We have seen the countless times Walter White has found himself in bad situations but always manages to smoothly avoid the potential consequences. This time Walt avoids his eventual arrest but it costs him his brother-in-law, about 90% of his hidden 80 million dollars, and his own identity. A question that we the viewer have after the conclusion of this episode is, are Todd and Uncle Jack’s crew the new empire? Because one empire has fallen, which usually follows through with another empire forming upon us. “Ozymandias” is a grueling hour-long episode that even Walter White fans can’t even fathom and need to digress what the hell just happened.

The creator of the show, Vince Gilligan, designs the character of Walter White as a likable individual. He is presented as an innocent family man and chemistry teacher; recently diagnosed with cancer. As we get deeper into the show we start to see glimpses of the bad tendencies of Walter White, whether it was poisoning Brock or not tending to Jane as she was dying of an overdose. The audience still rallied behind this sadistic maniac drug lord until he really screwed up in the Ozymandias episode. This changed the audience’s perspective due to the fact that Hank and his partner were killed by Todd’s crew. We now see the sadistic side of Walt really come into play and feel almost uncomfortable in rooting him on further. The episode changes the whole trajectory of his character and we come to our senses that Walt isn’t the good person he once was.

Breaking Bad puts the viewer into a dilemma of whether or not Walter White should be viewed preferably. Yes, Walt has done some things that are seen as malicious but he’s never put his own family in danger. Although he doesn’t want his family to be harmed or killed we see Walter unable to control his slow demise. Fans of the show are put in the tough spot to either still love Walt or to turn on their beloved character. Do you root for the guy that just got his brother-in-law killed or is this the final straw in liking this character? Ozymandias becomes such a pivotal episode in the series in which it changes our perspective on the entirety of the show’s main man.