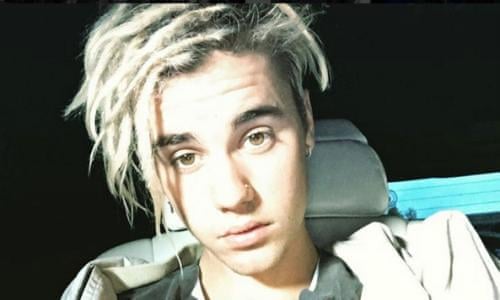 Justin Bieber has been in the eyes of the public since his rise to fame in 2009. Becoming famous at such a young age can be hard for anyone, but growing up under the spotlight can lead to many controversies. A recent issue that has been brought into the media was in April of this year, Justin Bieber shared a picture of him with dreadlocks on his Instagram. Although Bieber is a known advocate for social change and the Black Lives Matter movement, many were quick to judge him on social media.

He received many comments on his instagram such as, “”It’s really disappointing to see you with dreads, I thought you educated yourself.” Although many of the comments were negative towards Bieber and his choice of hairstyle, he did receive some positive comments. One Twitter user tweeted that “”I think there are a few thousand people who would say there are more important stories at the moment, that are WAY more important than JUSTIN BIEBER’S HAIRCUT. Happy to tell you more,” @AlekseyShinder said.

In June, Bieber posted on his Instagram stating that, “My style, how I sing, dance, perform, and my fashion have all been influenced and inspired by Black culture. I am committed to using my platform this day forward to learn, to speak up about racial injustice and systemic oppression, and to identify ways to be a part of much needed change.”

The main issue that I see in this instance is that Justin Bieber did not post an official apology for this incident on social media sooner. Knowing his platform and how popular he is on social media, Bieber should have focused more on making sure that the public saw that he felt remorse for his actions and where he sees where his issue is. It seems through his posts on social media and his decision to keep the dreadlocks for a month, showed that he did not see the wrong in his actions. It seems very inauthentic for him to post all over social media how he advocates for social change, yet not seem to care when he is in the wrong.

Through this decision he has undermined his own credibility and authenticity in showing people that he does support social change. Cultural appropriation is defined by the Oxford Dictionary as “the unacknowledged or inappropriate adoption of the customs, practices, ideas, etc. of one people or society by members of another and typically more dominant people or society.” With this being such a longstanding issue that people of color have had to face daily, you would think that Justin Bieber would be cautious of creating an issue in this.

Bieber also states a lot that he “gives back to the black community”, but he does not show that much in his actions. His recent album Justice, included a song using Martin Luther King quotes, which he did get permission from MLK’s granddaughter. But in the long run does that do much benefit to the black community, or more to him. He is profiting off of using black culture in his work, but does not do much advocacy on change that can be made. Benefiting off black culture is very different from actually supporting the culture.

I believe that Bieber did not handle this situation correctly and overall uses black culture as a benefit to himself. He made no apology when called out for his inappropriate actions, displaying a lack of respect of black culture. His actions on social media show quite the opposite of his words and overall show an inauthentic image about his views.