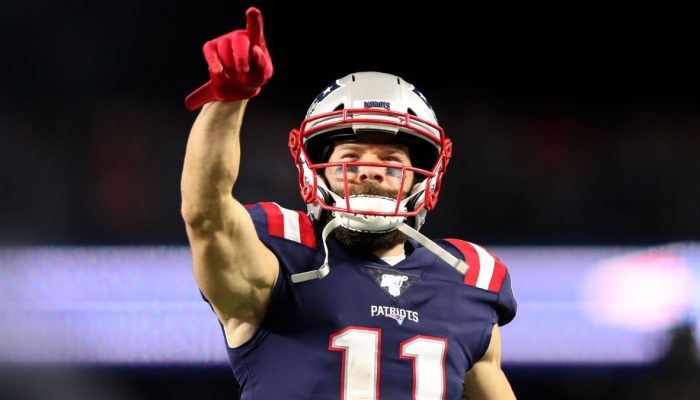 On April 12, the nightmare began. New England was sent into a downward spiral of emotions after Julian Edelman announced his retirement from the NFL after three Super Bowl wins with the Patriots. Edelman only played six games last season after he suffered a knee injury and underwent surgery. He finished the 2020 season with only 21 catches for 315 yards, his lowest since 2012. Because of this knee injury, he failed a physical and his contract with the Patriots was terminated, which paved the way for his retirement.

Edelman was known as a hero to the fans as a starter on each of the team’s three most recent Super Bowl championship teams, including the most recent where he won Super Bowl MVP.

Edelman has been with the Patriots since 2009 when he was taken with the 232nd overall pick in the draft. And since then he continuously proved everyone wrong and became one of the biggest names in the NFL as well as Tom Brady’s right hand man next to Rob Gronkowski.

In his retirement video posted to his instagram account he says, “I’ve always said, ‘I’ll go until the wheels come off, and they’ve finally fallen off’.”

Edelman was a former quarterback at Kent State. He was second in Patriots’ history in receptions with 670, 12 receptions behind former teammate Wes Welker. He is fourth in franchise history with 6,822 receiving yards and ninth with 36 touchdowns. One of his best seasons was in 2019, when he caught 100 of 153 targets for 1,117 yards and six touchdowns at age 33.

“By any measure of what constitutes an elite NFL career — wins, championships, production- Julian has it all,” head coach Bill Belicheck said in a statement. “Few players can match Julian’s achievements, period, but considering his professional trajectory and longevity, the group is even more select. It is historic. This is a tribute to his legendary competitiveness, mental and physical toughness and will to excel… Julian Edelman is the ultimate competitor and it was a privilege to coach him.”

So what do the Patriots do now? Brady is gone, the Patriots struggled to make things work with Cam Newton as his replacement, and now Edelman is retired. Belicheck said as the NFL Draft is coming, they need to plan ahead if they want to be a contender for years to come.

Their main goal? Find the next franchise quarterback. Next? Stabilize uncertainty at corner and offensive tackle. Stephon Gilmore only has one more year remaining on his contract and J.C, Jackson is currently on a second-round tender, meaning in a year’s time there is a possibility both of those talented corners are elsewhere. What else? Add a wide receiver with a high ceiling. Even before Edelman retired, there was a need for this. Alabama receivers DeVonta Smith or Jaylen Waddle could be on the board at No.15 and each would fit the bill of a high-upside receiver that could immediately inject some much-needed talent to the position. They also could look to Purdue’s Rondale Moore who is an extremely talented pass-catcher, who’s 5’9 height could keep him from coming off the board in the first.

If the Patriots work on these things for the upcoming draft they will hopefully have hope for success in the future. But one thing is for sure, Julian Edelman’s leadership, toughness, and overall play will be missed moving forward.