Is “Black Mirror” Predicting Our Future? 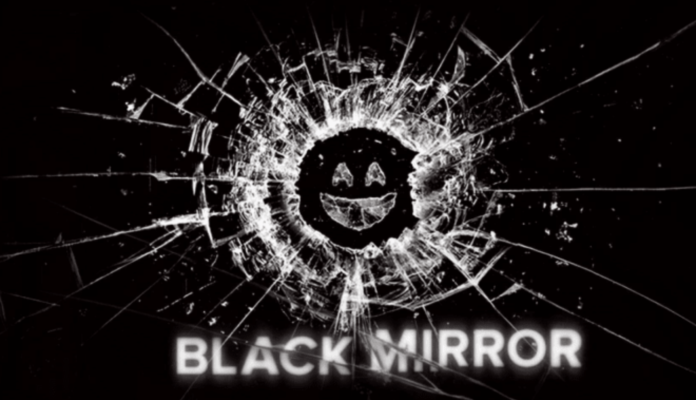 Black Mirror is a modern-day Twilight Zone (recently resurrected) that enjoys delving into various developments at differing degrees of difficulty. There are a number of various divisions and storylines to go along with 5 seasons, 22 chapters, and an immersive special called Bandersnatch. The Netflix series is one of the more unique shows to be on their platform library. Black Mirror is a demonstration about the darkest side of the human soul and how technology can fuel our worst impulses. However, looking in the mirror is more than simply seeing yourself. Mirrors are used to measure our looks and to assist us in making changes. Similarly, it seems reasonable to suggest that the object of this black mirror be vital evaluation of what it tells us. It’s also worth mentioning that we do not all view things the same way or reach the same conclusions. In this piece, I will be breaking down the three episodes that I thought were worth the idea of talking about. The following episodes I will be covering are Nosedive (season 3) & Hang The DJ (season 4)

“Nosedive” is dystopian literature as well as social criticism. Lacie lives in a version of America where any little encounter is rated by the people involved on an app that syncs with augmented-reality contact lenses (or retinal implants, depending on what you choose to call them). Since you can see someone’s ranking the moment you see them, life has morphed into a pastel-colored nightmare of aggressive cheeriness, as people compete to out-nice each other and boost their scores. Anyone who has ever had a chat with an Uber driver directly to upgrade a rider ranking, or questioned why a tweet isn’t receiving more likes, or even reviewed their credit score would undoubtedly feel anxious after watching “Nosedive.” Lacie spends nearly half of her time practicing smiling smiles in the mirror, writing cute images for her timeline, and brandishing goodwill at strangers in the service industry, rating them five stars and then noticeably crumpling in relief when they score her back. Her average rating is a respectable but not impressive 4.2/4.3. As she goes to see her insanely pricey dream house, a realtor tells her of a program that will save her 20% on rent if she can get her credit score above 4.5. Then, almost out of nowhere, an old middle school classmate who has gone on to become a social media celebrity (Alice Eve) asks Lacie to be the maid of honor at her upcoming wedding, teasing that there will be hundreds of “prime influencers” there who will score her speech and increase her ranking. The episode’s title is a dead giveaway that things aren’t going as planned. After a disagreement, Lacie’s brother, a snarky kid who despises how phony she’s become, offers her one star, as does a cab driver who she keeps waiting for. When her ranking falls below 4.2 and her flight to the wedding is cancelled, an airline representative will be unable to book her on another flight due to her low number. It’s at this stage where “Nosedive” actually enters nightmare land, but without the use of jump scares or psychological horror. The episode is essentially bringing up the issue of how we as a society are so fixated by how we are perceived through social media. It gives us the viewer a sense of feeling uneasy about your very own usage of social media platforms we use on a daily basis.

Frank and Amy, two Millennial stand-ins exploring a modern dating platform with an alarmingly high success rate, are introduced in “Hang the DJ.” “Hang the DJ” is a love tale… but it’s not like the others. This time, the characters are less familiar with the technology in question, a palm-sized disk that records their desires, pairs them with blind dates, and calculates the length of their marriages, all in the name of finding the perfect partner. When we first see Frank and Amy, there’s an instant synergy between them that’s a lot of fun to see. Unfortunately, the app says they’ll only be there for a day. In the aftermath of their breakup, creator Charlie Brooker weaves an effective will-they-won’t-they tale into the plot, featuring Frank and Amy paired up with a variety of lovers. The casual, almost pragmatic essence of their subsequent experiences makes you mourn the tiresome drawbacks of modern dating while also urging you to root for what seemed to be true love. It’s a masterful use of sentiment (and stellar acting that sells it). But, as in other Black Mirror episodes, there’s more to this than meets the eye. You may have known Frank and Amy aren’t necessarily using an app if you noticed the minimalist atmosphere. However, the destined couple’s dissatisfaction with the situation outweighs their annoyance with each other. Before their Ultimate Match Day, the two meet in secret and agree to “rebel,” which in this shiny dystopia means escaping for their life and scaling an enigmatic wall that encircles their town. We discover that the Frank and Amy we spent so much time watching is the 998th revolt out of 1,000 relationship sims, the last act of resistance needed to show that the real-life Frank and Amy will be 99.8% compatible and nearly inseparable, thanks to a visually stunning “calculation.” “Hang the DJ” is a refreshing shot of hope in our constantly developing world, where certain technical advances can be construed as detrimental, demonstrating that this anthology is still at its finest when it dares to take risks.

Black Mirror is one of the most intriguing and unsettling series of the last ten years, thanks to its main character, technology. It’s fascinating how certain scenarios are readily relatable to the audience. The show gives you insight on the disturbing power of technology and how it will only become more of an issue in the future. It brings up complex topics and or ideas that can honestly be real within 10-20 years from now. Hang The DJ although seems like a far-fetched idea, it very well can happen that technology picks our so called soulmate which is scary in itself. As for Nosedive, it may not be a ranking that identifies your popularity but it’s definitely not far off. Social media has society so fixated on other people’s perception of themselves through likes, shares and comments. The show branches out a more unique way that I myself can see happening years down the line. The British dystopian science fiction analogy television series is one to give a shot if you ever find yourselves looking for different unique entertainment.