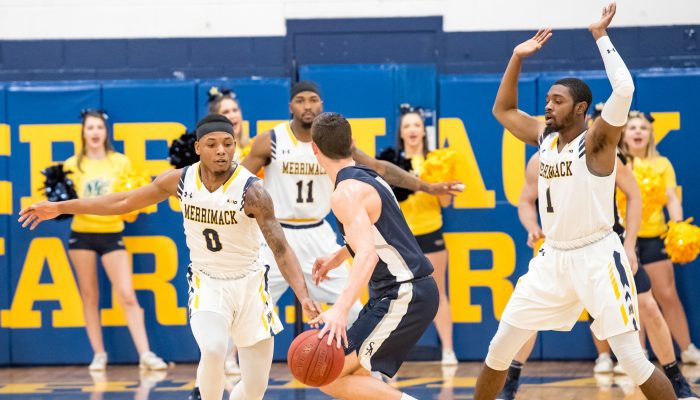 It’s been a big season so far for Merrimack Basketball because both teams are playing exceptionally well and many players are setting records.

In February, senior captain Lindsay Werner became the 21st athlete in Merrimack Women’s basketball history to reach 1,000 career points. She achieved this on Feb. 9, scoring a game high 21 points to roll past Saint Anselm 75-55, on Alumni Day. The Groton-native scored 11 first quarter points, hitting the 1,000-point achievement at the 5:24 mark. Werner is also the first women’s player to hit this milestone since 2014. She finished the game with 1,014 career points, and hopes to improve this number during the last couple games of the season.

Karlee Alves also broke the record for most assists in the Women’s Basketball program’s  history.

The women’s team is at their second highest number of season wins under head coach Monique LeBlanc. LeBlanc earned her 100th career win at Merrimack on Jan. 15 in a game against Adelphi University in New York.