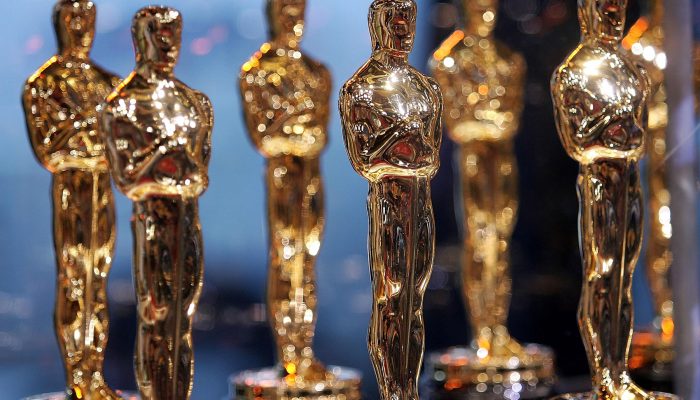 It’s that time of year again. No, not because of the pointless day of candy and flowers, and not the three day weekend (shout out to the presidents!). Oscar Sunday is almost here, and with it the usual swirl of blockbuster buzz and juicy controversy. This year, skepticism is high as the Academy opts for running the show without a host, and two Best Picture candidates are drawing negative attention. Let’s take a look at what’s in store for this year’s award ceremony (and what isn’t).

First, the award we wait up for: Best Picture. The list of nominees comes with some pleasant, well-deserved surprises. “Bohemian Rhapsody,” “BlacKKKlansman,” “A Star is Born,” “The Favourite,” “Green Book,” “Roma,” “Black Panther,” and “Vice” make up this year’s top movies (according to the Academy, of course). The Oscars are infamous for nominating, and subsequently awarding, movies that many of us have never even heard of. This year is unique in the way that it is arguably one of the most mainstream Oscars to date.

Yes, I’m not ignoring the many beloved blockbuster classics that have been recognized by the Academy (I’m talking to you “Rocky” and “Forrest Gump”), but the Oscars have a tendency to give more focus to indie films that find more success at Sundance. It can be argued that this year is particularly mainstream thanks to “Black Panther,” the dynamic duo of Cooper and Gaga, and Rami Malek’s portrayal of Freddie Mercury.
For “Black Panther,” the nomination is certainly an achievement, not only for Disney’s Marvel Studios, for which it is the first superhero movie to be nominated for Best Picture, but also for the Black Lives Matter Movement. When the film was released in February 2018, it was viewed as a cultural moment for both African Americans and the cinematic industry. Chadwick Boseman’s stealthy Wakandan was the first African American superhero in mainstream American comics. While the movie in itself is a masterpiece, the Oscars overlooked the acting as Boseman was snubbed for Best Actor, while supporting actors Michael B. Jordan and Lupita Nyong’o also lacked recognition.

“A Star is Born” was another blockbuster thanks to the star-studded cast and brilliance behind the camera. Both Lady Gaga and Bradley Cooper got well-deserved nominations in the lead acting categories, along with Sam Elliot for Best Supporting Actor. A huge snub was leaving out Cooper for a nomination in the Best Director category, despite his phenomenal directorial debut. Instead, the academy opted for Spike Lee (“BlacKKKlansman”), Adam McKay (“Vice”), Pawel Pawlikowski (“Cold War”), Alfonso Cuarón (“Roma”), and Yorgos Lanthimos (“The Favourite”).

While “Bohemian Rhapsody” was well received by audiences (grossing over $800 million worldwide), it’s surprising for the film to have received both a nomination for Best Picture and the Golden Globe win for Best Drama amidst mixed reviews. For example, the film received a decent score of 61 percent on Rotten Tomatoes, but only one star from RogerEbert.com. While the film itself may be weak, Rami Malek’s depiction of Freddie Mercury is both magnificent and electrifying, and it is likely that his performance is carrying this movie through the awards season. Unfortunately, the movie is also stirring up controversy as the film’s director, Bryan Singer, has been accused of sexually assaulting a minor. The director did not attend the Globes (and was famously left out of Malek’s thank-you speech), and it is likely that he won’t be welcome at the Oscars on Sunday.

While the other films up for Best Picture are far less mainstream, some are still making the news in their own ways. Alfonso Cuarón’s “Roma” is a huge step for Netflix as it is the company’s first film to be included in the Academy Awards.

Peter Farrelly’s “Green Book,” on the other hand, has found its own controversy during this awards season. Despite being well-received by audiences when it first debuted at the Toronto Film Festival, critics in the New York Times since referred to the film as “crude, oblivious, and borderline offensive.” The movie is based on the real life relationship between Donald Shirley and Tony Vallelonga, but upon seeing the movie, the late Shirley’s brother labeled the movie as a “symphony of lies.” “Green Book” still took home the Golden Globe for Best Motion Picture – Comedy, so there’s a chance that the film could prevail despite this backlash.

Controversy, backlash, and hostless-ness aside, I predict that this Sunday night will be one that film lovers cannot miss. Between the diversity of films (from indie to Netflix to superhero blockbusters,) and the incredible talent in the acting categories (Christian Bale as Best Actor for “Vice” 100 percent, sorry Malek) the night has incredible potential.