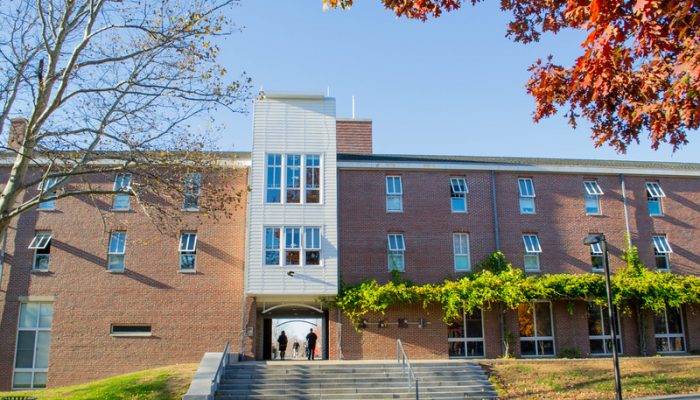 The Clery Report contains crime statistics for the 2015, 2016 and 2017 school years. The 2017 statistics contained absolutely no reports of serious crimes, such as manslaughter, stalking, hate crimes, arson, vehicle theft or robbery, among others.

The liquor law referrals is the category with the most documented incidents across the past three years. For a referral to happen, a student must break the school’s policy towards drinking. A total of 2,093 liquor law referrals occured here between 2015 and 2017, with 564 occuring last year alone.

Resident Advisors are responsible for dealing with drinking issues on campus before the police department is involved. An anonymous resident advisor for Merrimack College shared their view of the alcohol referrals on campus: “Alcohol is the most common thing to write people up for. It is by far the leading issue each weekend.”

Every college in the country must disclose campus security policy and crime statistics if they participate in federal financial aid programs. This creates country-wide data for comparing institutions of higher education.

Merrimack College ranks number 8 in the entire country for private four-year institutions with the most liquor law referrals. 169 students out of every 1,000 is the average amount of referrals given out by the school. This is the second worst for Massachusetts and fourth worst in New England.

Aaron Cochran, a junior at Merrimack, was surprised by the school’s ranking. “I knew that drinking is common on the weekends, but I would not think Merrimack ranks that poorly.”

Cochran was unaware of the existence of the Clery Report, as are many students, but the it is emailed to all faculty, students and staff while also posted to the college’s web page.

The drug law referral category noticeably improved over the last two years in terms of incidences. There was 160  referrals in 2015, but that number was reduced to four over the course of the next two years.

An anonymous junior shared his thoughts of the reduction of drug referrals from 2015 to 2016: “It’s interesting to see the drop in numbers from just one year, you have to assume it’s because of the new marijuana law.” Massachusetts became the ninth state in the country to legalize recreational marijuana. However, it is still banned from campus and that is unlikely to change anytime soon.