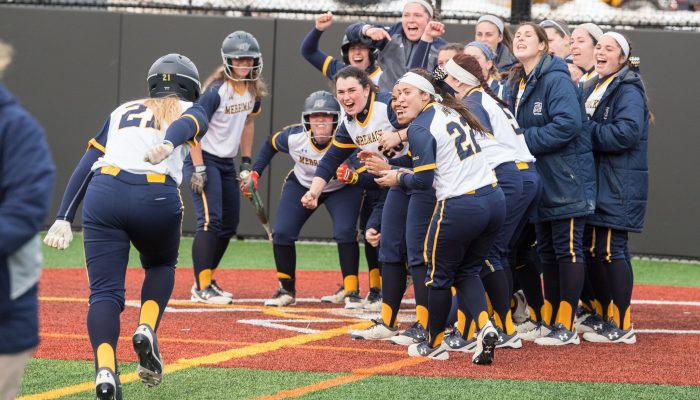 For the Warrior men’s baseball team, it was unclear how this season would go with so much up in the air. Due to logistics, the team was displaced from its home field. This forced the Warriors to call St. John’s Prep and Holman Stadium “home,” which was a disappointing and disenhearting beginning to the season. Under their fourth season coach, Nick Barese, the Warriors have faired well, but it has definitely been a learning curve. Currently, the team sits above .500 in both divisional and conference play. The Warriors have had exceptional play in April with the offense heating up and the pitchers getting hot. This is most notably the case with the offensive play of hitting leader Joey Porricelli, who has 43 hits and 31 scored runs. While on the pitcher’s mound, PJ Browne recently set a new strikeout record for the program at 231 strikeouts. The Warriors will bring their success on the road to wrap up their regular season with a May 3 game at Stonehill.

The women’s softball team continues a successful season as well. Currently, the team sits at just over .600 in both divisional and conference play. The race to the postseason will undoubtedly be tight, but the Warriors remain strong contenders. The Warriors are currently ranked fourth in divisional play, and are lead by the strong offense of Nicole Nanof, a junior at Merrimack, and the pitching of Megan Cook, a senior at Merrimack, who holds a record of 11-2.