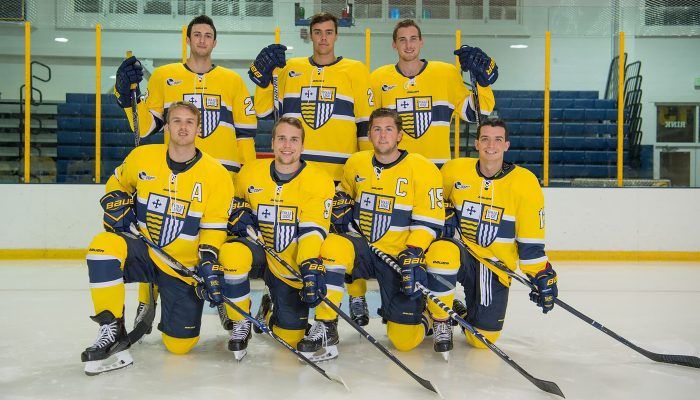 In a heartbreaking defeat by Boston College, the Merrimack Men’s Ice Hockey team ended their season last weekend. The Warriors were 10-19-4 on the regular season play, which had the team ranked at 10th overall in Hockey East.

Ultimately, the team found itself matched against a familiar opponent of the UMass Lowell Riverhawks in the entry round of the Hockey East Tournament. The Warriors fared well in the opening round of the tournament, considering the fact that the Riverhawks were an evenly matched team at No. 7. In a best of three matchup, Merrimack stunned Lowell with a sweep.

The end of the playoffs brought both heartbreak and change for the Warriors. First and foremost, this year’s team was made up of what the coaches referred to as a special group of seniors. The Warriors had a more experienced team and considerable depth compared to the young Eagles team that they lost to in the playoffs, which is why the program expected a ticket to the semifinals. Now, the Warriors face the loss of key experienced senior players, such as Brett Seney and Jace Hennig. They also face the loss of program-changing head coach Mark Dennehy, who was let go as a result of the loss to Boston College.

Dennehy coached the Warriors for the last 13 seasons, and truly transformed the program by achieving a trip to the playoffs three times, including an NCAA Tourney Berth. He took the smallest school in the Hockey East and made it a legitimate team in a division of tough competitors. With the loss of the seniors and coach Dennehy, the Warriors will have to start fresh come the 2018-2019 season.