Kyrie Irving is Taking Over the Boston Celtics 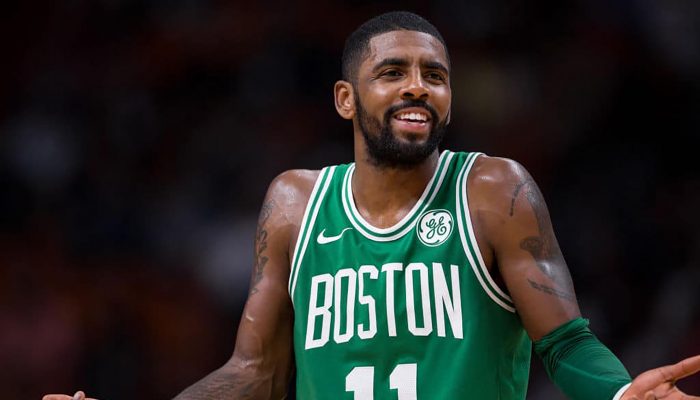 With an MVP-type season for Kyrie Irving, it feels like he has been in a Celtics uniform forever. In reality, it has only been three-quarters of an NBA season since Irving made the shocking move to Boston. Irving ended up choosing Boston as his new home in a trade that sent Isaiah Thomas, Jae Crowder, Ante Zizic, and the last valuable Brooklyn pick to Cleveland for Irving, a four-time All-Star, 2016 champion, and a former number one overall pick.

With his age and the type of talent that Irving possesses, it was a no-brainer for Danny Ainge to pull off this blockbuster deal with the Cleveland Cavaliers. Ainge pulling the trigger in the trade for Irving meant that the Celtics had to part with Thomas after one of the greatest individual seasons in team history, as well as surrendering a pick from a team that had just given the Celtics the first selection in the 2017 draft, before it was traded to the Philadelphia 76ers.

From the Cavaliers point of view, the deal made sense considering the potential loss of LeBron James in 2018-19. If LeBron departs Cleveland, getting a head start on the rebuild is significant where they addressed the lack of depth that cost them in the NBA Finals, and a potential top pick that could jumpstart them in the draft or through trades.

When we first heard that Irving wanted out of Cleveland, the news was shocking and nonsensical to fans. Apparently, Irving playing alongside the best player in the world, and Cleveland getting to the NBA Finals before losing to the Golden State Warriors, was not enough for Irving to stick around and play out his contract.

A recent ESPN report helped fill in the blanks on why Irving wanted to seek a trade. Irving wanted out of Cleveland within two weeks of him, players, and management not being on the same page. Landing in Boston at that point seemed like a long shot, and yet here we are now. As big as this trade has been for the Celtics, it could not have worked out better for Irving, who avoided wasting at least two years in Phoenix or Sacramento to instead play for one of the best teams in the Eastern Conference.

A couple of months into the season, people were saying that Irving would still regret leaving LeBron and the Cleveland Cavaliers, but that has not been the case. Irving has stated several times throughout the year that he loves playing for the city of Boston. Back in the beginning of December, the question came up following their 108-97 victory over the 76ers of whether he would want to keep playing for the Celtics in the future. Irving told reporters, “Even when I was here as an opponent, it was unbelievable. They’re true fans of seeing great basketball, especially Boston Celtics basketball. They love seeing hustle plays, they love seeing dunks, threes, some tough and-1s; tough plays that have been echoed throughout the organization for a long time. They love seeing that type of play and I love being a part of it.”

Even though Irving caught the injury bug along with others, the Celtics are still not looking back. While having the second seed in the Eastern Conference at a record of 46-21, and despite the season-ending injury to forward Gordon Hayward, Irving has earned the first-name treatment among fans by taking control of this team.

To counter their rivals, the young Celtics turn to Kyrie, and his presence alone makes it feel like they have a chance. Almost seven months after the trade, neither side has any regrets as the Celtics will be competing for championships for the near future, and benefiting Cleveland as well. A year ago, we couldn’t have conceived of Kyrie Irving in a Celtics uniform, and now with Hayward out for the season, we can’t imagine the Celtics without him.