Home > Entertainment > How Important is the TB12 Method to the Future of the New England Patriots?

How Important is the TB12 Method to the Future of the New England Patriots? 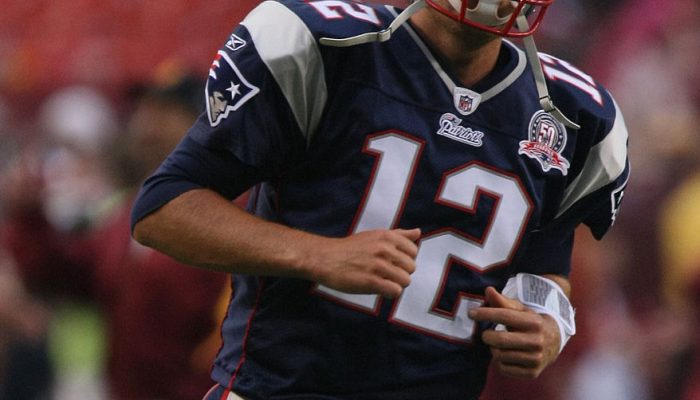 It was an up and down season for the New England Patriots, even though they finished the regular season at 13-3 and made it to Super Bowl 52 in Minnesota. Any person would look at a their record and tell you that it was an overall success, but there were a couple of negative sticking points regarding the Patriots, such as the slow 2-2 start, the Patriots defense at the beginning of the season, or Malcolm Butler being benched during the Super Bowl.

Another sticking point, some contend, is the Patriots’ aging quarterback, Tom Brady. Although it might be difficult for most professional sports teams to rely on a 40-year-old to carry them, that is unlikely to be the case for the New England Patriots. Brady, who was recently named the 2017 NFL Most Valuable Player, has also won five Super Bowls and was selected as MVP for four of them. Additionally, he’s played in 13 Pro Bowls. Despite approaching the age of 41, Brady believes he has a lot of football left in him, at least partially thanks to the TB12 Method.

The TB12 Method – Brady’s training plan to live a healthy, active lifestyle – may be considered valuable to the Patriots for two reasons. The first reason is that the TB12 Method is a guide that focuses on stretching, cardio and strength training, and eating a healthy diet with the aim of helping Brady reach his goal of playing until the age of 45.

The other reason why this method will be important to the Patriots is because they traded their upcoming star quarterback for not much in return. Back in October, Garoppolo was traded to the San Francisco 49ers for a second-round pick, which led to a lot of people expressing surprise at the timing of the trade. A lot of people, including the media commentators, were surprised at the trade timing because of the value of the backup quarterback. Garoppolo’s value was at an all-time high, due to the two games he played very well, which caused speculation that the Patriots would get at least a first-round pick and maybe more. However, Robert Kraft reportedly felt like he had to make a decision between the two quarterbacks, so Kraft decided to trade Garoppolo before the NFL Trade Deadline.

This decision was not supported by Patriots head coach, Bill Belichick, according to Seth Wickersham of ESPN.com, who published a lengthy article back in early January regarding the power struggles between Brady, Belichick, and Kraft. Wickersham notes, “Belichick was skeptical of giving Brady a long-term extension even though he understood how important Brady was to the organization.” It was an unusual look for the Patriots, considering the disappointing return they got back for Jimmy Garoppolo and the fact that they already traded third-stringer Jacoby Brissett to the Indianapolis Colts a month earlier. Wickersham also reported, “Two weeks before the Nov. 1 trading deadline, Belichick met with Kraft to discuss the quarterback situation,” also noting, “The meeting ended with a clear mandate to Belichick: trade Garoppolo because he would not be in the team’s long-term plans, and then, once again, find the best quarterback in the draft and develop him.” The only conclusion to take away from trading their two backup quarterbacks was that ownership felt like Brady would perform at a high level for the next couple of years.

Tom Brady has become more vocal about taking care of his body in recent years. Brady started his career by training like any other athlete, lifting more and heavier weights, but that also caused him to deal with more aches and pains. Now, Brady is relying on Alex Guerrero, his personal trainer, to keep him playing for the foreseeable future. Guerrero has worked with Brady since the 2004 season and has changed Brady’s perspective on strength and conditioning. Brady also recruited other players to the TB12 Method, including Julian Edelman and Rob Gronkowski, which reportedly led to friction between Bill Belichick and Alex Guerrero.

Whether you think the TB12 Method is fraud or not, Brady believes this method works, and the Patriots need this method to work to benefit in the short-term.