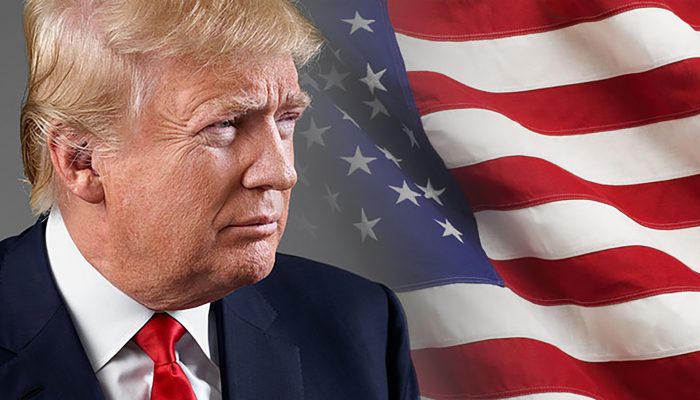 President Donald Trump addressed immigration, national security, and the economy during his recent State of the Union address, which marked his first full year as president. His national approval rating continues to hover around 40 percent, and it generally splits along party lines, with Republicans offering more favorable views of his presidency than Democrats. However, Merrimack students across different political and party affiliations most commonly report feeling uncertain about the state of the presidency and of the country.

Most students interviewed by “The Beacon” responded to questions about Trump with ambiguous answers like “I really don’t know” or “ I’m not too sure.” It’s unclear whether students feel confused about their own feelings, the state of the presidency, or are just uncomfortable with going on record as feeling one way or the other about Trump. When pressed, students did identify many of the same positives and negatives from Trump’s first year in office.

Students like J.J. Crawford, a sophomore at Merrimack, think people need to give Trump a chance to make a difference rather than just assume he is a “bad guy.” Yet Crawford does not agree with all of Trump’s actions, citing the approval of the Dakota Access Pipeline–and its impact on Native Americans and the environment–as one problem.

The majority of Warriors do say that the way our economy is trending, particularly the stock market, is a positive sign. Under the Trump administration, the DOW Jones Industrial Average climbed to a record 26,000 points despite recently shrinking back to 23,000. Even with little knowledge of how the stock market works, people are able to realize that this upward trend is positive for the country as a whole.

Currently, the unemployment rate is at 4.1 percent, which is the lowest it has been in years. Trump is especially proud of the fact that African American and Hispanic unemployment numbers are at record or near record lows. The African American unemployment rate currently stands at an all-time low of 6.8 percent. Hispanic unemployment is around 4.9 percent, which is nearing a record low. Although some students questioned whether these numbers could be attributed to Trump’s presidency, they find these numbers to be positive for our country overall.

Other students at Merrimack expressed concern over Trump’s use of Twitter and general behavior in regard to North Korea. Most are displeased with Trump referring to the North Korea’s leader, Kim Jong Un, as “Little Rocket Man” while tweeting about how large his “nuclear button” is and that it “actually works.” His flirtation with nuclear warfare and corresponding threats about giving North Korea more than a “bloody nose” have put people on edge. Even among Trump’s supporters, his constant pressing on North Korea is viewed as worrisome.

In fact, Trump’s use of Twitter is one of the most common issues people cite as a problem, regardless of their own political opinions. “He should just stop using it,” said Colleen Rockwell, a senior at Merrimack. “His past tweets always come back to haunt him because he’s doing the exact same things he once critiqued. He should just log out of Twitter or someone else should tweet.”

Joey Silvesteri, a freshman majoring in Business, says, “I am a fan of Trump, yet I don’t like the way that he expresses his feeling about building the wall. I also feel as if he should stay away from expressing his feelings on social media. However, he has not been in office long enough for me to make an appropriate judgment on his presidency.”

Some students at Merrimack, who asked to remain anonymous, assess Trump’s communication style as “boorish” and “loud,” while others simply referred to him as a “jerk” or an “idiot.” Danielle Morin, a senior at Merrimack, offered an unfavorable view of the Trump presidency, “I think it depends on your definition of great. If ‘great’ means that America is scared, hateful, disappointing, selfish, and insulting, then sure. It’s ‘great.’ But my definition is quite the opposite. I’d like to see America be whole again.”

At least one thing is certain one year into the Trump presidency, most Merrimack students are not really sure what to think.